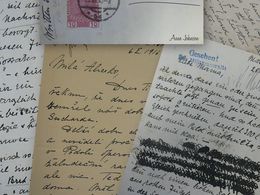 Daughter of the first president of Czechoslovakia, Tomáš Garrigue Masaryk, and one of the first female university graduates in Bohemia, she pushed for numerous innovations in social policy and health care. In 1919 she founded the Czechoslovak Red Cross and become its first President. After the Communist coup in 1948 she emigrated to the USA, where she remained.