The Czech Republic has come in for some criticism in Amnesty International’s latest annual report on the human rights situation around the world. Not for the first time, the organisation highlights the fact that many Czech Roma children are being sent to schools for children with mental disabilities. The report also points to shortcomings in the country’s treatment of refugees and migrants. I began with that particular aspect when I called the spokeswoman for the Czech branch of Amnesty, Martina Pařízková. 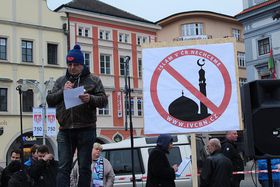 Photo: Venca24, CC BY 4.0 “We pointed out the situation in 2015 that the Czech government refused to resettle or relocate more refugees.

“We mentioned that anti-migrant and anti-refugee demonstrations took place here. And that among society there is an xenophobic and anti-Islamic mood.

“We also found there were attacks on organisations or people who try to help refugees or migrants. This continued in 2016, unfortunately.”

The report also mentions by name the Czech president, Miloš Zeman, and quotes some things that he said about refugees and about Muslims. Is that typical in a European context, that you would refer to a particular politician and their statements? Miloš Zeman, photo: Khalil Baalbaki “I don’t know if it’s typical. But from our point of view the president should calm the situation down and maybe comment on the situation somehow.

“But our president only makes the situation in society worse.”

Is it fair to say that this report is kind of mixed when it comes to the field of education? On one hand it says that Roma children comprise up to a third of pupils at schools for children with mild mental disabilities. But on the other it praises some steps in this area.

“We are happy that the Czech government, or the minister of education, have started to [laughs] work, I have to say, finally on this issue, which we have been pointing out for years.

“We had at least two reports on this issue about the unfair education of Roma children. 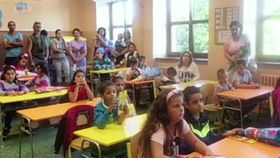 Photo: Czech Television “These kids are still in schools for children with mental disabilities. But we can see that the new minister, Valachová, has started to do something.

“Also in the field of housing – the government has decided to accept a new framework for social housing.

“That also helps and is also a step forward that we are happy about.”