Czech animator Jan Balej’s knack for pulling off unsuspected blockbusters has made him one of the most prominent figures in the animation industry in the Czech Republic. Now the winner of two Czech Lions and numerous foreign awards is turning his attention to Hans Christian Andersen, and has received a record subsidy to promote his effort. 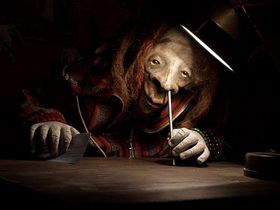 'One Night in One City' We will never know what Hans Christian Andersen would think of his Little Mermaid being made a displaced immigrant on the mean streets of a gloomy metropolis, but Czech movie-goers are sure to love it – judging at least from the success of previous films by animator Jan Balej. And the State Fund for the Support and Development of Cinematography seems to agree, since the board has awarded The Little Fishgirl a record 10 million crowns, more than any other animation has ever received. Balej himself says he’s happy, but puppet film is an expensive business:

“The amount of the grant surprised me as well, it’s very pleasant feeling. But we’ll see how things progress, we’re still looking for financing of course. The development of these films is always a long process, when it’s a puppet film it really does take many years. My last film One Night in One City took 6 years to make altogether. So it’s possible to say this film will take less time but it’s also a long-distance race, so when you look at the finances from that perspective, they’re nice, they’re a huge help, but… Like I say, development goes on for a long time.” 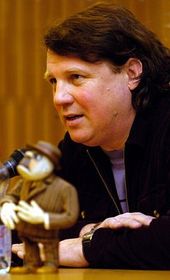 Jan Balej, photo: CTK Balej’s last film, One Night in One City also received the largest subsidy for an animation for 1998, that time less than 2 million Czech crowns, or one seventh of the production cost. The success of that film has allowed the state to pick up one-third of the tab on The Little Fishgirl.

Indeed, record subsidies take a record amount of trust, but the state has good reason to trust Jan Balej’s work. Both of his last two films have won him the country’s top award, the Czech Lion, for best art direction, and many awards abroad. And in The Little Fishgirl, Balej sticks to at least part of his recipe for success, that is, collaboration with screenwriter Ivan Arsenjev and the duo’s preferred target audience: adults.

“Fimfarum was very unusual work, if for none other than Jan Werich’s unusual stories. The Little Fishgirl is based on Hans Christian Andersen’s The Little Mermaid, but the story is set in the present, the art design is more for adults and there’s no happy ending on offer, so I assume the film is going to be more gloomy and dark and more for an adult audience.”

Dark and gloomy is nothing new for Balej, whose last film One Night in One City was essentially a ghoulish animated nightmare. Here we can imagine more of the same, as this little mermaid is forced to leave a plundered sea and take up a new life as a refugee in a harbour town. The aim, say the producers, is “a modern metaphor about immigrants of all kinds who find themselves in a new world and an unknown environment.” Doubtless a treat for the many lovers of macabre Czech adult animation, but one that will be long in coming – currently The Little Fishgirl is set to premiere in 2012. 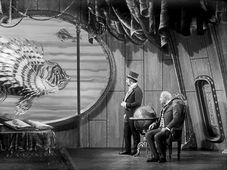