A week after Czech voters started to go to the polls and following days of negotiations between party leaders, the path to a viable Czech government still looks a long way off. The likelihood of a minority government has been raised by one party leader. 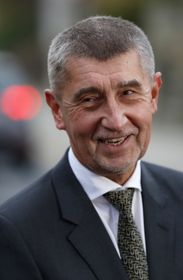 Andrej Babiš, photo: ČTK While many observers warned of the difficulty Andrej Babiš would face sealing a coalition deal with other parties because of his uncompromising style and the fact he faces criminal charges for fraud over EU funds, Czech media reports say many in the ANO camp are deeply disappointed with the initial rebuffs from both established and newcomer parties. Communist party leader Vojtěch Filip has even warned that a minority government now looks likely.

It’s already clear that Andrej Babiš would be most comfortable in a two-way relationship with the centre-right Civic Democrats. And a coalition with the second biggest party in the lower house of parliament with 25 seats together with ANO’s 78 mandates would give a bare majority in the 200-seat chamber.

But the Civic Democrats are tied by pre-election promises they would not join a coalition with a party leader facing criminal charges and much of their campaign was based on opposition to Andrej Babiš’ flagship move to clampdown on tax fraud through electronic cash registers.

Already four years outside of national power and without much consolation in regional assemblies, some Civic Democrats are reported to be ready to cut a deal with Andrej Babiš as long as some face saving formula can be found for their voters. Some reports suggest a sort of diluted electronic cash register regime, or EET-lite as it could be dubbed according to its Czech acronym, could be one formula. But at the moment at least, Civic Democrat leader Petr Fiala is standing firm and out of the ANO embrace. 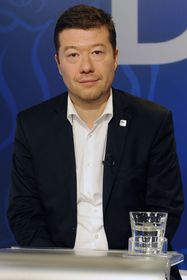 Tomio Okamura, photo: ČTK Ironically ANO’s most enthusiastic suitor, the leader of the anti-Islam and anti-migration party, Freedom and Direct Democracy Party. of Tomio Okamura, is probably the one it would least like to get into bed with. ANO negotiator Jaroslav Faltynek repeated Thursday his party’s position:

"We don’t want to go into government with the Freedom and Direct Democracy Party or the Communist Party of Bohemia and Moravia and we are sticking with that view. We will seek a further round of negotiations with other parties in the lower house."

Some common ground between ANO and Okamura’s party on Thursday was apparently found on the idea of greater use of referenda.

But history and maths do not appear to be on Okamura’s side. His party’s 22 mandates together with ANO’s add up to 100 seats, just short of a majority. And having created and led one party into parliament last time round just to see it collapse in acrimony, Okamura and his new team is likely to be treated with suspicion.

Away from the coalition talks, party leaders are also haggling over who gets what top posts in the lower house. The main prize, that of house speaker, is being contested by ANO and the Civic Democrats. And there is also the question of what sort of committees should be created and who should fill and chair them. Those talks create possibilities for new alliances but also conflicts as the parties test their potential to make friends and land the top jobs. 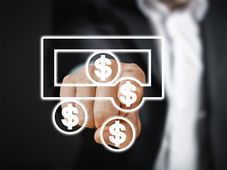