ANO have begun speaking to other groupings, but with so many parties cool on cooperating with Andrej Babiš a way forward seems elusive. 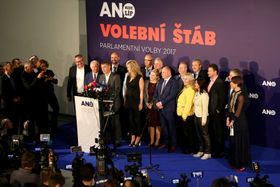 Communist leader Vojtěch Filip and other party representatives were the first to speak to ANO’s negotiating team, headed by Mr. Babiš, after travelling to Průhonice just outside Prague at around 8 am on Sunday.

Mr. Filip said afterwards that the Communists – who lost almost half their support to garner 7.8 percent in the elections – had refused to discuss a coalition with ANO in view of the massive political divide between them.

In any case, a member of ANO’s negotiating team, Richard Brabec, told Czech Radio he could not imagine a coalition with either the Communists or Tomio Okamura’s Freedom and Direct Democracy, an anti-migrant, Eurosceptic party who gained 10.6 percent in their first campaign to reach the lower house.

Mr. Babiš had himself pledged before the elections not to go into government with either grouping. 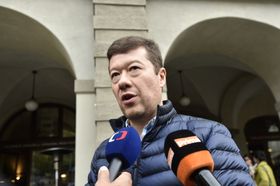 Tomio Okamura, photo: ČTK For his part, Mr. Okamura says his party would be reluctant to enter into a coalition headed by Andrej Babiš, given that he and senior party colleague Jaroslav Faltýnek are currently facing criminal charges of abusing CZK 50 million in EU subsidies.

A PM who could be placed in custody at any moment would cause “absolute destabilisation of the government” says Mr. Okamura, whose party have 22 mandates in the 200-seat lower house.

The Freedom and Direct Democracy leader’s declared reservations are shared by several other parties, most notably perhaps the centre-right Civic Democrats.

The Civic Democrats finished second (a record gap of 18 percentage points behind the winners) and have enough mandates (25) to form an atypical two-party coalition with ANO (78).

But Civic Democrats chairman Petr Fiala, who points out that his is now the strongest traditional party in the lower house, has ruled out speaking to ANO, the Communists or “extremists” (read Freedom and Direct Democracy). 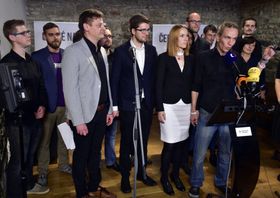 For his part, Jan Farský of the Mayors and Independents, the smallest grouping in the new Chamber of Deputies with six seats, said he wouldn’t even go for a coffee with Andrej Babiš.

Pavel Bělobrádek of the Christian Democrats (10 seats) says the ANO chief and his number two Faltýnek would need to clear their names before his party would work with them.

Meanwhile, it is tough to imagine more unlikely coalition bedfellows than Mr. Babiš and his long-time foe Miroslav Kalousek of TOP 09 (seven seats). 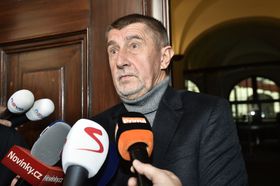 Andrej Babiš, photo: ČTK The ANO leader says his party are closest to the Civic Democrats, the Mayors and Independents and the Czech Pirate Party, adding that some elements of the programme of Freedom and Direct Democracy are also acceptable to him.

However, given all we have heard since the election results became clear, it is difficult to see how Mr. Babiš can form a coalition with those parties or indeed anybody else.

Some have suggested that the ANO boss could take a back seat, at least as long as he is facing criminal charges, to allow a party colleague to take the helm as PM, and that does appear to be one possibility.

Others may contend that Czech politics has seen more than its fair share of u-turns in the past and that taking politicians’ declarations as gospel would be naive to say the least.

Meanwhile, President Miloš Zeman has flagged his intention of talking to all the nine parties in the new lower house (a record), starting next Saturday.

The head of state has promised to call its first session 30 days after the elections, the latest date permitted under the constitution, a move ANO’s Mr. Faltynek welcomed as it would allow plenty of time for negotiations.