The art collection of Emil Freund, a Prague Jewish lawyer who was murdered by the Nazis during the Holocaust, will return to his heirs in the United States. After the Jewish Museum in Prague traced Emil Freund’s relatives in 2001, it took them seven long years to clear the way for restitution. But part of the collection is to stay in the Czech Republic – the Czech authorities declared some of the paintings a national heritage which means that they cannot leave the country.

The Jewish Museum in Prague is about to return a modern art collection, stolen by the Nazis during the Holocaust, to the descendants of the original owner. The art works were collected by Prague Jewish lawyer Emil Freund who was deported to Poland by the Nazis in 1941and died in the Lodz ghetto a year later. The heir to the 32 paintings, Mr Freund’s great-great nephew who was traced by the museum, would not be entitled to the art pieces under Czech law, but the director of the Jewish Museum in Prague Leo Pavlát says that where possible all stolen property must be returned.

“As a Jewish institution, we feel a duty to deal squarely with all rightful owners or the children of those who could be entitled to acquire objects stolen by the Nazis during the war. Of course, we wouldn’t like to keep anything that doesn’t belong to us, and that’s why we do all we can to ascertain possible owners of the objects we have in our collection.”

The Jewish Museum’s curator Michaela Hájková, who initiated the search for Emil Freund’s relatives, says that besides the value of the individual paintings, the art collection is also precious in that it shows what kind of art people collected before the Second World War.

“We cannot really say when it was assembled but we suppose it was assembled by Dr Emil Freund before the war, or between the wars, to be exact. In the collection, we can find representatives of Czech modern art, and also of French modern art. To mention but a few, there is a painting by Paul Signac, which is one of the two pointillist paintings in public collections in the Czech Republic today.”

The 32 paintings to be returned to Emil Freund’s heirs are only a fragment of the original collection. Mr Freund’s entire property was confiscated and only some of the paintings in his possession were handpicked for the war-time, Nazi-controlled Jewish museum in Prague.

“In 1942 or 1943, dr. Polák and dr. Hana Volavková, who were Jewish scholars working for the Central Jewish Museum at that time, were able to select some art for the collection of that museum. That was obviously not open to the public as it was meant to be used for Nazi propaganda purposes.”

That means, among other things, that the 13 paintings in question cannot be sold or even taken out of the country without the ministry’s approval. The Director of the Jewish Museum in Prague Leo Pavlát believes this was a calculated decision.

“I think it’s absolutely unfortunate because I think that once the objects confiscated by the Nazis have their owners, these objects should be given back in any case and without any restrictions. That’s why we protested, in a legal way, against the decision to declare the paintings we are talking about cultural assets of the Czech Republic. We even sued the Culture Ministry, buy we lost the case and so now we cannot change the decision of Czech justice.”

The heirs of Dr Emil Freund are expected to collect their heritage by the end of the year. Meanwhile, the Culture Ministry has offered to buy the 13 paintings, protected as cultural monuments, reportedly at a fair price. 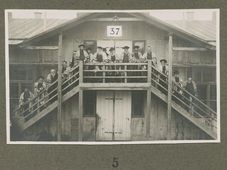 This year the whole of Europe is commemorating the centenary of the outbreak of the First World War. The Jewish Museum in Prague is… 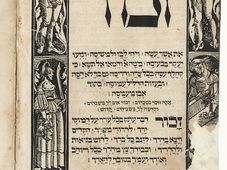 First book in Hebrew printed in Prague half a millennium ago

Today, in Prague’s bookstores one can find titles in a number of world languages – English, German, Russian, French, and of course…