Exactly a year after the Prague Spring was crushed by a Warsaw Pact invasion, many thousands of Czechoslovaks went into the streets once more to protest their country’s occupation. The subsequent brutal crackdown on demonstrators, this time by their own countrymen, resulted in hundreds of arrests and even five deaths. It crushed the last vestiges of hope and persuaded the public that “normalisation” was here to stay. 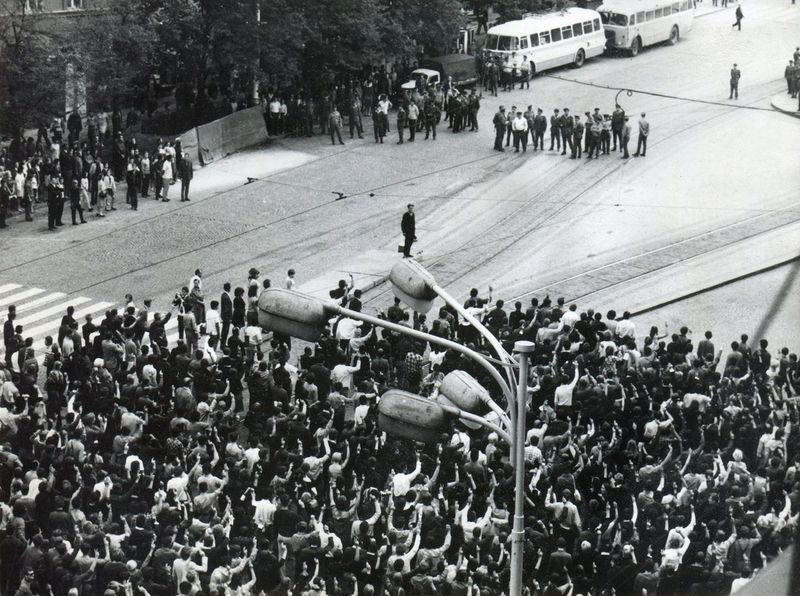 August 1969 in Prague, photo: Police Museum ČR While the events surrounding the Prague Spring and the Warsaw Pact invasion of Czechoslovakia are well documented in popular history, what happened a year later is generally less well known. The following summer the public had still not been entirely pacified and the government was coming under pressure to enact reforms. 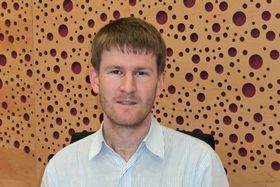 Jakub Jareš, photo: Naomi Fingerlandová, Czech Radio What’s more, sporadic clashes with security forces had continued long after the invasion and its first anniversary, in August 1969, culminated in a major wave of protests, says historian Jakub Jareš from the Institute of Contemporary History at the Czech Academy of Sciences.

“There were thousands of people in the cities, most of all in Prague. They were demonstrating for the continuation of the Prague Spring reforms and the withdrawal of Warsaw Pact occupation forces.”

There were now a large number of mainly Soviet forces stationed in the country. However, these were actually under strict orders to remain in barracks to prevent further tensions.

Dr. Jareš believes there could have also been another reason foreign troops were no longer visible. 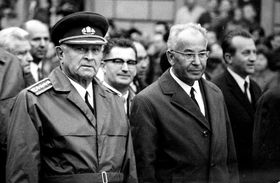 Ludvík Svoboda and Gustáv Husák, photo: Peter Zelizňák, Public Domain“The Soviets may have decided to force the Czechoslovak government to do their job by themselves, and force them to go a step further in enforcing normalisation.”

Following the events of the previous summer, many reform-minded Communists were being removed from top positions under an ongoing purge.

The party, now led by Gustáv Husák, was prepared to handle dissent by itself.

Protestors who took to the streets in August 1969 were met by thousands of prepared Czechoslovak security forces personnel. 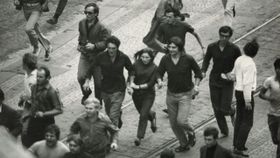 August 1969 in Prague, photo: Police Museum ČR Their ranks had been further bolstered by the People’s Militia, the Communist Party’s own armed force, made up of groups of ordinary workers who were trained to fight for and protect the regime.

While their loyalty to the party was much more reliable than that of the soldiers, they were not as well trained as their counterparts in the official security forces, says Dr. Jareš.

“They were nervous, perhaps scared, because demonstrators threw stones and in general these were very violent protests. The militiamen therefore started shooting, unlike their comrades in the police.”

Five people in total died during the August protests, three in Prague and two in Brno. Those who shot them were never found, despite a later investigation, in part because the militiamen provided cover for each other. 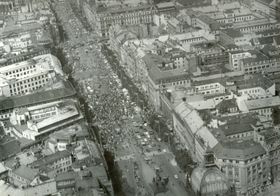 It was this brutal crackdown in August 1969, which persuaded the general public that the idea of the Prague Spring was definitely dead, says Dr. Jareš.

“I think normalisation started with the election of Gustáv Husák into the position of General Secretary of the Czechoslovak Communist Party in April 1969. Thereafter, everything started moving toward normalisation. However, August 1969 was perhaps a turning point in the sense that the people realised that normalisation was not just a temporary measure and that the regime would be as violent as it had been in the 1950s, so there was no way to demonstrate for change.”

Another far-reaching consequence of the protests of August 1969 was the so-called “baton law”, a legal measure subsequently approved by the Council of the Federal Assembly. 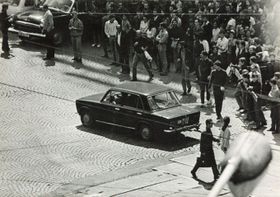 August 1969 in Prague, photo: Police Museum ČR Its aim was to make the persecution of people who participated in protests against the regime much easier. The new measure sped up the interrogation and trial process for those detained, while also aiming to simplify the firing of unreliable people from their jobs and ejecting students from universities if they showed dissent.

Dr. Jareš says that what made the measure particularly effective during the normalisation era was its eventual implementation into criminal law and the labour code in December 1969. 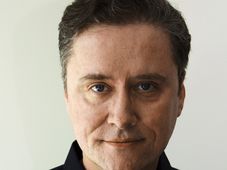 Richard Fidler: Prague and an uncanny sense of oddness

The Australian broadcaster and writer Richard Fidler is author of two bestsellers Ghost Empire, a fascinating reconstruction of the…