The current hot and dry weather has created ideal conditions for the spread of the bark beetle, one of the biggest threats to the Czech Republic’s forests. Experts from the Faculty of Forestry and Wood Sciences are now testing a new method involving sniffer dogs to detect the infestation in its early stages. I spoke to the dean of the faculty, Marek Turčáni, who is in charge of the project, and asked him how serious the beetle infestation is this year: 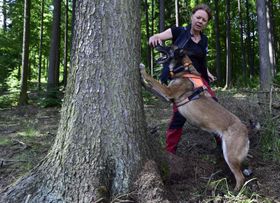 Photo: CTK “The infestation is much worse than in the previous years. It is probably the impact of the very dry and hot summer of 2015. Such conditions are very suitable for bark beetles’ development and the population has been increasing very rapidly.

“We can see the outbreak mainly in Moravia, in the eastern part of the Czech Republic, but the situation is also getting worse in the western part of the country, where we had a very peaceful period over the past five years.”

The Faculty of Forestry and Wood Sciences has been testing a method of using sniffer dogs to detect bark beetle infestation. How does this method work?

“I have to explain that bark beetles are living under the bark so their lifestyle is very cryptic and we cannot really see when a tree is infested. When the first beetles attack the trees, they start to produce a special pheromone to attract additional beetles to infest the tree.

“The problem is that it takes around two to two and a half months to identify the infested trees. Only when the needles start changing colour, we are actually able to detect the trees.

“The main advantage of dogs is that they are able to identify the trees about one or two weeks after the infestation. So we can take some control measures, cut the infested trees, remove them from the forest and eliminate further spread of the beetle.”

Is it being used elsewhere in Europe? 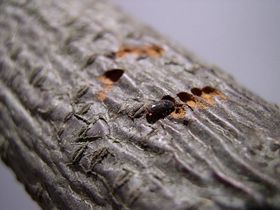 Bark beetle, photo: Rafal Konieczny, CC 3.0 “We tested the dogs, which are trained in Sweden. There is a company there which has been successfully using this method for several years already, so we wanted to see if this method could also be used here in the Czech Republic.”

“This is not so easy because the climatic conditions in Sweden are slightly different. We cannot just take the method as it is and implement it in the Czech Republic. However, we have positive feedback from forest users and owners and we are now trying to find a way how to train dogs also here in the Czech Republic.” 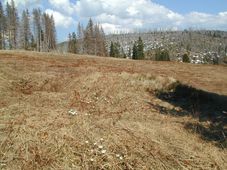 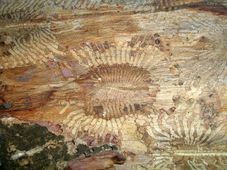