Though it is two weeks since a visit by the Dalai Lama to Prague, the repercussions continue to be felt on the Czech political scene. In the latest turn of events, the Czech minister of agriculture – whose party colleague received the Tibetan leader – said China had put the kibosh on a visit during which he was to meet two cabinet members in Beijing. Marian Jurečka, photo: CTK The decision by Christian Democrat arts minister Daniel Herman to receive the Dalai Lama in Prague on October 18 put the cat among the pigeons in a major way.

The move split the cabinet, with foreign policy chief Lubomír Zaorálek of the Social Democrats accusing Mr. Herman of reneging on an agreement to not meet officially with the Tibetan.

And Mr. Herman’s Holocaust survivor uncle did not receive a state honour from the president, though Miloš Zeman’s people denied accusations he had pressured the culture minister to cancel the meeting.

The head of state backs closer ties with China and co-authored a declaration with other top officials reassuring Beijing there was no change in official Czech policy. That move led to accusations of servility.

And the matter continues to rumble on. On Tuesday Mr. Herman’s party colleague Marian Jurečka, the minister of agriculture, made an announcement on Czech Television.

“I am saying this for the first time today. Tomorrow evening I was meant to fly to China, where I was to meet my counterpart, their minister of agriculture, and also the minister for water management. And the trip is not going ahead. Our diplomats in Beijing received information that both ministers were cancelling their meetings with me. The explanation was that it was for reasons that both sides would fully understand.”

But what do this development and the kerfuffle over the Dalai Lama say about Czech-Chinese relations? 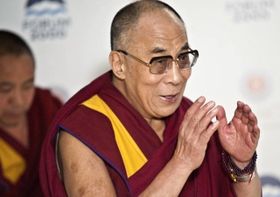 “I think what’s happening here is we just push too much. We give too much in advance to China and we are too much afraid.

“I understand if China doesn’t like if politicians are meeting with the Dalai Lama. It happened in the past in France and I don’t know where.

“But I’m not aware that after such a meeting there would be such a reaction.

“Both sides need to sit down, negotiate and assure each other in a normal way. Not in the way that happened in our country.”

Meanwhile, the cancellation of Mr. Jurečka’s visit remains in the news. On Wednesday Foreign Minister Zaorálek said he was disquieted by the move and said his deputy would raise the matter with China’s ambassador on Thursday. Czech-Chinese relations have been in the news a lot lately, but how have they really developed over the decades? And how should we…