The cabinet on Monday unanimously approved a long-term government strategy for the integration of the Romany minority up until 2013. The first leg of a long-distance run, it aims to create equal work and education opportunities and reverse the ongoing ghettoisation of Czech Romanies.

According to a recently published EU report, Czech Romanies are the most discriminated minority in the European Union. An estimated 80,000 Romanies live in some 300 excluded localities – or ghettoes -around the country. Few are able to hold down jobs and a vast number of Romany children end up in so-called special schools for children with learning disabilities. So far all attempts to change this have met with only partial or no success. Human Rights and Minorities Minister Michael Kocáb says that his integration scheme is only the beginning of years of hard work. 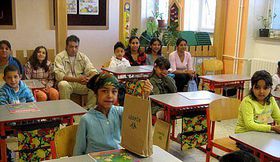 “Achieving this goal will undoubtedly take 20, 30, 40 years. And as the scheme is implemented we will have to review its effectiveness, revise it where necessary and constantly seek ways of improving it.”

The minister will also have to convince a public generally hostile to Romanies that problems exist and the money spent will not go down the drain. While ministries will automatically start fulfilling the terms of the integration project and pumping money into it – municipalities need to be won over. Minister Kocáb says that, for a start, it is vitally important to create better conditions for Romany children.

“One of the short-term goals is to lower the number of Romany children who get transferred to special schools. Educating the young generation – not just at primary school level but motivating them to go on to secondary school and university – is crucial to the success of this plan. And there is no question that we have a problem doing this. The fact that there are just over two percent of white children at special schools and thirty percent of Romany kids speaks for itself.” 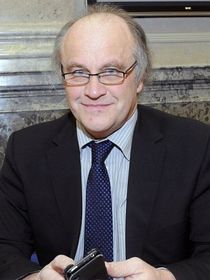 Michael Kocáb, photo: CTK In order to make the scheme work the minister wants to implement a carrot-and -stick approach – parents who don’t send their children to school regularly would have big problems getting social benefits.

The government agency for the integration of Romanies, which started working earlier this year, has been tasked with establishing cooperation with the municipalities. Two dozen selected towns and villages will be able to draw a total of 750 million crowns from European Union funds for integration projects via the agency next year. Romanies should get the benefit of debt advisors, better housing and new job opportunities. On Monday, the prime minister described the strategy as “the best yet” in this field. However, the caretaker government will only stay in office until next May and municipalities have taken a reserved position on the proposals. For Romanies the strategy is no more than a promise of a better life for their children.