The famous Czech Brewery Budweiser Budvar may be up for sale. Although the company has long been labelled as the so-called "family silver", making it exempt from privatisation after 1989, its sale now could bring billions of crowns to the state budget. Observers warn, however, that if the government does decide to privatise Budvar, the company could fall prey to US-based giant Anheuser-Busch, which has been engaged in a fierce trademark war with Budvar, a worldwide battle that has continued for over a century. 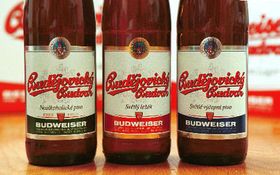 Photo: CTK The minister of industry and trade and the minister of finance are discussing the possibility of selling the well-known Budvar brewery to a private investor. The idea of selling Budvar is not new, but all previous attempts failed due to strong opposition to such a move across the political spectrum. Trade Minister Milan Urban told Czech Radio that Budvar is not an isolated privatisation case:

"Debates over the sale of Budvar are no secret. We are looking into privatisation options for all state-owned companies, including Budvar. No decision has been made yet. In any case, the government would have to approve the sale. We are integrating into the European Union, we are integrating into a global economy. It is a question whether Budvar, as a wholly state-owned company - the only one in the Czech Republic - has a chance of surviving in such an anomalous position."

In 2001, the government decided to remove Budvar from the list of state-owned companies to be privatised. Budvar's director Jiri Bocek believes the government has good reason to keep Budvar in its own hands:

"Every single working day, the state budget receives around a million crowns on taxes from Budvar. I think it is an excellent result for a company with 670 employees. The value added per one employee is also around a million crowns, which is really unique. What is also valuable about Budvar is that we use only domestic materials for our production."

The state could receive up to 20 billion crowns, or almost 700 million USD, for Budvar. In itself, a brewery of the size of Budvar would have a market value of around 10 billion Czech crowns, but the price of Budvar is derived from the value of the markets where Budvar blocks entry for the giant US-based Anheuser Busch.

Budvar has registered 380 trademarks in more than 100 countries. It is currently involved in 40 court disputes with Anheuser Busch. Many politicians believe that those who want to sell Budvar, have had their pockets lined by Anheuser-Busch. Given previous attempts by Anheuser Busch to get hold of Budvar, it is likely that it would do its best to succeed. Gaining control over Budvar would resolve the costly and time consuming trademark dispute once and for all, but probably not to the benefit of the traditional Czech brewer. 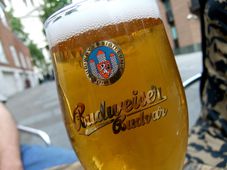 Budějovický Budvar last year recorded the highest exports in its history. The brewing company – whose products are sold under the Czechvar… 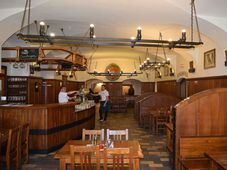 U Medvídků – A Prague home of beer for over five centuries

With a history dating back to the 15th century, Prague’s U Medvídků was in its day frequented by the likes of Jaroslav Hašek and Karel…