Tuesday is a real red letter day for Czech sports fans, as a number of special events are being held to mark the 100th anniversary of the foundation of the Czech Ice Hockey Association. The celebrations include the induction of dozens of people into the Czech hockey Hall of Fame, and culminate with a friendly game between the Czech Republic and Slovakia in Prague. 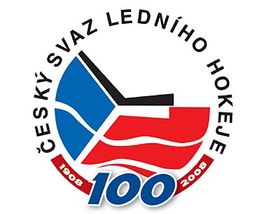 Around a dozen sports clubs came together at the initiative of Slavia Prague official Emil Procházka to set up the Czech Ice Hockey Association on December 11, 1908. That was almost a month after the Czechs had applied to join the freshly established International Ice Hockey League, which was based in Paris.

Czech players first took part in an international event in 1909, when they played in a tournament in France’s Chamonix. They lost to the hosts, Switzerland, Belgium and England (11-1, their biggest defeat).

A century later the Czechs – unlike those nations – are a hockey power. They were crowned world champions six times with the Slovaks, and have taken the title five times since the split of Czechoslovakia. Meanwhile, the famous victory at the Olympics in 1998 remains for many one of the greatest Czech sports successes of all time.

On Tuesday some 41 legends of Czech ice hockey are being inducted into the country’s Hall of Fame at Prague’s O2 Arena. That ceremony is being followed by a friendly game with Slovakia, featuring great Czech players such as Jaromír Jágr and Martin Straka, who is making his last international appearance. After that older fans will get a rare chance to see some stars of yesteryear, when they line up for a veterans exhibition match. All in all, it promises to be a day to remember for Czech ice hockey fans.