The former factory in the small east-Bohemian town of Brněnec, where Oskar Schindler saved 1,200 Jews from the Nazi Holocaust, has been a sorry sight for years. The former textile factory, heavily polluted with chemicals, has long been abandoned and has gradually fallen to ruin. Now, with the Czech Republic’s State Environmental Fund releasing funds to help clear up ecological damages, there is hope of seeing the landmark restored. 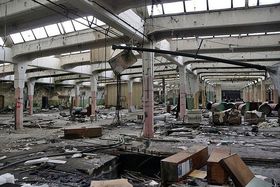 Photo: Luboš Kozel As the Soviet Army advanced to Poland in 1944, German businessman Oskar Schindler relocated his ammunitions factory from the Polish city of Krakow into a small town of Brněnec, some 120 kilometres east of Prague, preventing his Jewish workforce from being sent to Nazi concentration camps.

After the war, Oskar Schindler was forced to flee to West Germany because of his membership in the Nazi Party and in 1948 his factory was nationalised by the communist regime.

After the fall of the Iron Curtain, it was privatised and a textile factory was established at the site. It went bankrupt in 2009 and since then has been falling into ruin. The site has been polluted by discarded textile dyes and chemicals but the previous owner refused to deal with the problem.

Now the regional city of Svitavy has received some 2.3 billion crowns to clean up the site within a pilot project by the State Environmental Fund to liquidate the country’s environmental damage. 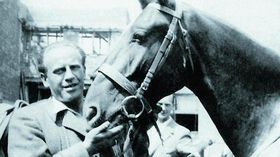 Oskar Schindler, photo: Czech Television The mayor of Brněnec, Blahoslav Kašpar, hopes that the move may be the first step in the town’s efforts to turn the site into a Holocaust Memorial:

“The chemicals which pose an immediate threat to the environment should be cleared away first. Then we have to deal with the long-term ecological burden caused by the demolition of some of the buildings. The first phase should take place within a few months. The second phase is complicated by a property dispute, but I hope to see it resolved within a year.”

Another obstacle in the town’s plans to create a Holocaust memorial in place of the former Schindler factory is an ongoing legal dispute over its ownership. A project for the memorial was drafted already back in 2003. Blahoslav Kašpar again: 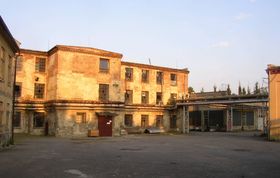 Photo: Miaow Miaow, Wikimedia Commons Free Domain “We don’t want to create a museum of Oskar Schindler but rather a memorial to the victims of war injustice. We have already approached a number of organisations, such as the Confederation of Jewish Societies in the Czech Republic, the Czech-German Cultural Fund and the Ministry of Culture, who are willing to cooperate on the project as soon as the legal disputes are resolved.”

The decaying factory site includes the house the Schindler family lived in, a former military hospital as well as a production hallway and an administrative centre.

While some of the buildings are still in fairly good condition, many of them are threatened to collapse, if measures are not taken fast enough.