One of the greats of Czech film and theatre, Ladislav Smoljak, died at the age of 78 at the weekend. As a director, screenwriter and actor, Smoljak, brought his special humour to the stage and screen over more than four decades. He will perhaps be best remembered as one of the creators of the fictional Czech character Jára Cimrman. 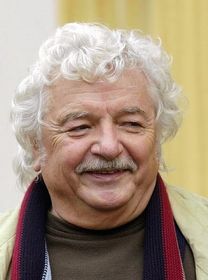 Ladislav Smoljak, photo: CTK Ladislav Smoljak fell in love with the world of theatre at a young age. But he failed to get into theatre school and studied mathematics and physics instead. After a short spell teaching these disciplines he got a job with the magazine Mladý Svět. His breakthrough came in 1966 when he was one the creators of the legendary Czech fictional character Jára Cimrman. 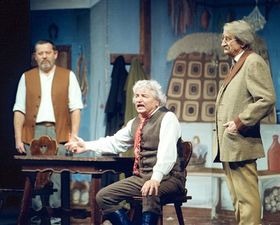 But Ladislav Smoljak did more than just follow in the footsteps of the now larger than life character of Jára Cimrman. Often teaming up with Oscar-winning director Zdeněk Svěrák, he also acted on the stage and in films and directed some comedy film hits of his own. One of these, for example, was the 1983 hit starring Josef Abrhám “Run, waiter run,” the story of a married man who tries to escape his financial difficulties by pretending to be a waiter in top hotels. 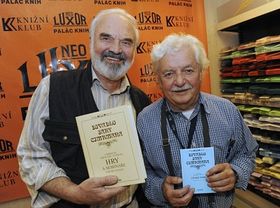 Ladislav Smoljak will probably be best remembered for making Czechs smile, even in the most trying moment of their recent history. Mr Cimrman goes to Washington: Successful English-language production of ‘The Stand-In’ to be performed for the first time in the US

The Prague-based Cimrman English Theatre is taking their successful and very funny production of The Stand-In (Záskok) to America.… 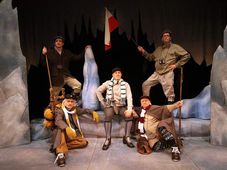 After the success of the first-ever English production of Jára Cimrman plays, The Stand-In, the English speaking audience now has a… 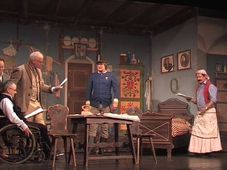 English “stands in” for Czech in first translation of Cimrman classic

For the first time ever, non-Czech audiences have the chance to get acquainted with Jára Cimrman, a unique phenomenon of Czech culture.…