Commemorative events are being held around the Czech Republic on Friday and at the weekend to honour the late president Václav Havel on the fifth anniversary of his death. The former dissident, playwright and one of the first spokesmen of Charter 77 died on December 18, 2011, at the age of 75. One of the main events, a two-day screening of films related to Václav Havel, gets underway in Prague on Friday afternoon:

Václav Havel, photo: Filip Jandourek The film “marathon” starts at Prague’s National Technical Library on Friday afternoon. The films, including some previously unseen material, present Václav Havel both as a dissident and a political figure. Film critic Tereza Czesany Dvořáková has been in charge of the programme:

“We chose some well-known films made by people who were very close to Václav Havel, such as director Andrej Krob or Michal Hýbek, and we will also screen a film by Pavel Koutecký and Miroslav Janek called Citizen Havel.

“But we also selected some lesser known films, such as a recording of Havel speaking on Czechoslovak Television following the 1969 self-immolation of Jan Palach, and a previously unseen recording from 1990 mapping Havel’s journey across North Bohemia, which was devastated at the time both ecologically and socially.”

Tereza Czesany Dvořáková says the films reveal the changing legacy of Václav Havel and stresses that events such as the screening are important to keep his memory alive for generations to come: 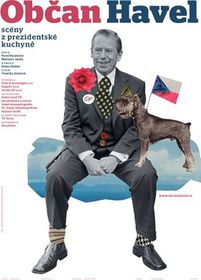 “The film Journey to North Bohemia, for instance, shows the adoration he received and people’s huge expectations, and any joke the president makes receives a huge round of applause. The later films, which show the political background, reveal the various pressures he was subject to.

“For me, personally, Václav Havel is an unquestionable authority for Czech culture, society and politics over the last decades and I think that we have to try to keep this legacy alive for future generations.”

Commemorations have also taken place outside of the Czech Republic. In Kiev a street formerly named after a Soviet revolutionary officially became Václav Havel Boulevard on Thursday. Another important event to mark the late president’s memory takes place in Innsbruck, Austria, where a new bell named after Havel is set to be cast on Friday. The money for the bell, which is set to be installed at Prague’s St Havel’s Church next week, was raised by the Charter 77 Foundation.

Alongside the film marathon, the annual open event called Readings from Havel is set to take place at Prague’s Alfréd ve Dvoře theatre on Saturday, where anyone can stop to read or listen to their favourite passages from Havel’s work.

An extensive exhibition of photographs by Tomki Němec and Bohdan Holomíček, recording important historical events as well as ordinary moments in Václav Havel’s life, is also on at the DOX Centre for Contemporary Art.