Céčka, tuzex and trvalá – for those growing up in the communist Czechoslovakia these were a part of daily life. As of tomorrow, you can find out more about those trends in a new series called Retro, produced by the Czech Television. Why are Czechs suddenly so interested in looking back at their recent past? Ruth Fraňková went to ask Jan Rozkošný, the producer of the new show.

“There was a gap of twenty years so people are probably only now going back to 1960s, 1970s and 1980s, which was actually not a great time in the Communist Czechoslovakia. However, after twenty, thirty, years, things that happened don’t look that bad in people’s memories.”

So would you say that the current trend of looking back into the past reflects a change in the way we are looking at history?

“I wouldn’t say so. This is nothing to do with history as such. This is about perception of ordinary people and their life in the 1960s, 1970s and 1980s. I think it’s a normal thing that, in the course of our lives, we remember the good things and we try not to remember the bad things.”

Aren’t you afraid of being overly nostalgic?

“That’s a very good point but my answer is "no". We don’t want to come with some sort of East German “Ostalgia”. We just want to reflect different views on that era. One part wants to show what the mania was at the time; what everyone wanted to own to be “in” and to be cool. But we also talked to economists, for example about shortages at the market. We also tried to put the trends in international context, to show what was fashionable at the same time for example in Germany or in Poland, in the West and in the East.”

So what are some of the trends that you want to introduce?

I have to go back to those little plastic Cs, because our listeners may not understand what they are…

“I don’t understand where the mania came from. It was a piece of plastic in the form of the letter C. When I was about ten years old, every kid wanted to have it. Otherwise he or she was totally out.” Daniel Stach is the charismatic host of Hyde Park Civilisation, a weekly program which runs every Saturday evening on public broadcaster… 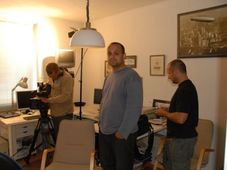 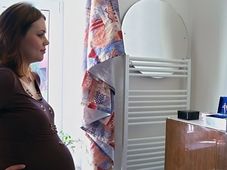 Public broadcaster Czech TV this week will launch the first of several new documentary series that fall under the heading of docusoap.…