Former communist prime minister of Czechoslovakia, Ladislav Adamec, died at the weekend at the age of 80. A noted pragmatist, Mr Adamec headed the Czechoslovak government from 1988 up until December 1989 when he negotiated the eventual handing over of power with members of the opposition Civic Forum, which included future president Vaclav Havel. Although he tried to retain a place in politics even after the Velvet Revolution, Mr Adamec's later role was ultimately short-lived. Ladislav Adamec, photo: CTK Ladislav Adamec was a career politician who made his way up through Communist Party ranks over the course of decades. He maintained his career on track when he stayed on the sidelines during the crushing of the Prague Spring by Warsaw Pact troops, and eventually was named prime minister of Czechoslovakia in 1988. But his heading of the cabinet didn't last long. 1989 saw mass protests against the regime that eventually led to its downfall. After police brutally beat up student demonstrators on Narodni Street on November 17th, Mr Adamec, to his credit, did not opt for further violence to crush ensuing protests. He then notably became the first Communist functionary to sit down with the dissident opposition. Former Civic Forum member as well as first post-1989 foreign minister Jiri Dientsbier recalls Adamec as a political figure: 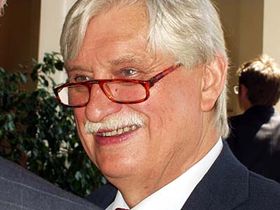 Jiri Dientsbier "He was a man who used his energy in the economic sphere and was not one of those ideologues who persecuted people and at the end of '89 he understood that the regime was over. But of course his way of thinking was formed by his long career as a communist apparatchik and functionary, and he was not able to overcome certain 'limits'.

On the other hand, by negotiating with the Civic Forum - for which he criticised as a traitor by people like General Secretary of the Communist Party Milous Jakes - he tried to come to a situation whereby the transfer of power would be peaceful and not violent. In this sense his role was quite positive." Vaclav Havel and Ladislav Adamec on November 26th 1989, photo: CTK Even as events unravelled at breakneck speed, Ladislav Adamec tried to consolidate his and the Communist Party's hold on power through negotiations and promises of reform. But by then it was simply too late. Appearing before protestors on November 26th 1989 on Prague's Letna Plain, Adamec spoke in all-too recognisable party rhetoric and was drowned out by the crowd's whistling and calls for him and the government to resign.

In early December 1989 Ladislav Adamec made one last attempt to name a new cabinet but stepped down under renewed pressure. Following the country's transition from Communist rule, the former prime minister remained in politics for some time: he was elected to the Federal Parliament and also briefly led the Communist Party. But within a few years, after an unsuccessful bid for the Senate, he decided to withdraw entirely from public life. 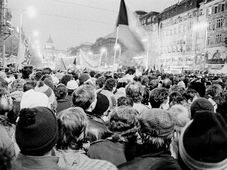 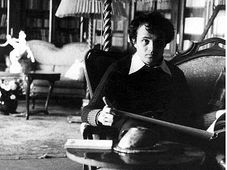 Several months ahead of the Velvet Revolution Michal Horáček, a well-known lyricist, and rock performer Michael Kocáb founded the initiative…