Last week the Archive of the Czech Security Forces posted data on the internet compiled by former Czechoslovakia’s military counter-intelligence. The data lists some 140,000 names of people who were either monitored by the military counter-intelligence or were agents, and it hasn’t taken long for the files to stir controversy. Czech TV reported that five of the country’s MPs, including Social Democrat and former Olympic ski jumper Pavel Ploc, were among those listed. He and the other deputies reacted quickly, denying cooperation of any kind with the Communist intelligence service, saying they were now considering legal action in response. Photo: CTK The military counter-intelligence files posted last week by the Archive of the Czech Security Forces name 140,000 people, some of whom are likely to have been willing collaborators and agents, as well as others who were not. The material released was complied over 35 years - from 1954 to 1989 - years when army service for all young Czech men was mandatory. The country’s military counter-intelligence regularly monitored army conscripts, so it is plausible, database administrators have made clear, that many mentioned in the files released were monitored without their knowledge. As an athlete and member of the army-sponsored Dukla Liberec sports club, MP Pavel Ploc -who often travelled abroad to compete - says he and others were regularly questioned by military counter-intelligence. On Tuesday he told public broadcaster Czech TV that he was asked to collaborate but never agreed:

“We were unusual as members of Dukla because even though we were soldiers we were allowed to travel to the West, something other soldiers couldn’t. We travelled, so of course they questioned us and must have kept some kind of record somewhere.”

Other colleagues, including former Social Democrat Evžen Snítilý – the only MP named as an “agent” as opposed to the more ambiguous “confidant” – also maintain they never collaborated willingly with the Communist military counter-intelligence, and are now considering legal steps to clear their names. It is unclear how far they will have to go, or that they’ll be alone: still more names are likely to surface, the latest being a highly-placed Czech military official: Brigadier General Miroslav Bálint, Deputy Chief of Staff for the Czech Army, listed as a “confidant”. 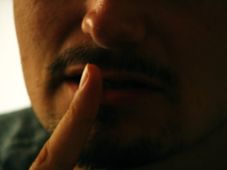 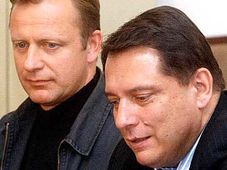 Just days after the Czech election ended in stalemate, allegations of scandal have already surfaced: a claim that a bribe was secretly…