Czech communist party MEP Miloslav Ransdorf met with party colleagues in Prague on Tuesday morning in order to explain his arrest by Swiss authorities last week. Mr. Ransdorf and three Slovak acquaintances were detained in Zurich for attempted fraud after apparently attempting to withdraw money from a Swiss bank account on December 3. Though no charges have yet been brought against Ransdorf, many questions remain unanswered. 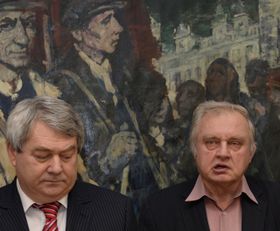 Vojtěch Filip, Miloslav Ransdorf, photo: CTK Communist party chief Vojtěch Filip made a statement to the press on Tuesday morning while standing next to his colleague Miloslav Ransdorf. The MEP came to party headquarters in Prague’s Politických vězňů street to present documentation, which he insisted proves he is innocent in the Swiss bank affair:

“Today we met as elected representatives of the Communist Party of Bohemia and Moravia (KSČM) with our European MEP Miloslav Ransdorf. And as I stated, he came and submitted documentation which proves that, in line with the statements he made to the media, he did not commit any criminal act. This was underscored today by the position of the (Swiss) state prosecutor’s office, which has not filed any criminal charges against him.”

According to Ransdorf’s earlier explanations, he travelled to Switzerland along with three Slovak acquaintances on behalf of a person he has only described as “V.H.”. While in Zurich, the MEP says he had been given full written authority to negotiate with Zürcher Kantonalbank; according to some reports, an attempt was made to withdraw EUR 350 million from the bank. One of the Slovaks involved in the incident, which led to the arrest of all four men, said it pertained to an inheritance left by a Swiss-Czech businessperson, and attempts by his descendants to gain access to those funds.

Ransdorf has denied that he sought to withdraw any funds, insisting he only acted as an intermediary. He also told the media that he was merely on a fact-finding trip regarding a Swiss-Czech woman who had passed away in 2005. Any connections either to the Nazis, or their Jewish victims, have also been denied. 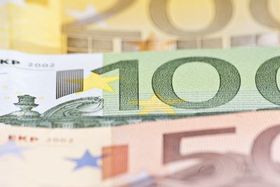 Photo: adamr / FreeDigitalPhotos.net On Sunday, the Czech communist party issued a statement bemoaning that Ransdorf had yet to communicate with them over the affair. But following Tuesday’s meeting, the embattled MEP stated that he will now seek to clear his name:

“I would like to note that for me, this matter is not over. I will do everything possible to clear my name, which has been besmirched in the media…This effort will now require working alongside my lawyers, who are urging me to be disciplined with regards to my communications.”

The MEP also added that he wanted to ensure that the case in no way reflected negatively on the communist party itself. 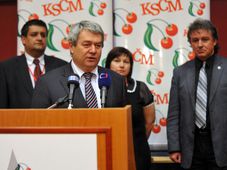 Since the fall of communism, the Czech Communist party has well established itself on the Czech political scene. It has a stable support… 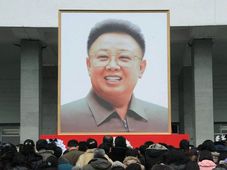 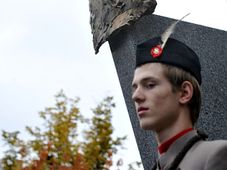 Nearly 60 years after the Czech politician Milada Horáková was sentenced to death in a communist show trial and executed, the first memorial…