President Miloš Zeman has vetoed a conflict of interest bill which would restrict the business activities of cabinet members and bar them from owning media outlets. The proposed legislation was set to have a major impact on ANO’s billionaire boss Andrej Babis and the president’s veto has increased speculation about a growing allegiance between the two political heavyweights. 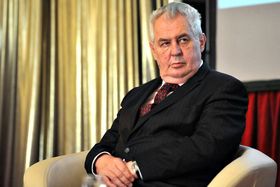 Miloš Zeman, photo: Filip Jandourek There are few issues on which members of the ruling coalition and opposition see eye-to-eye, but the conflict of interest bill, widely seen as targeting ANO leader and Finance Minister Andrej Babiš, is one of these exceptions. The ruling Social Democrats and Christian Democrats joined forces with the opposition to push through a bill that would ban cabinet members from owning media outlets and bar companies where ministers have more than a 25 percent stake from receiving state subsidies, taking part in public tenders and accessing investment aid.

Mr. Babiš who owns two major dailies and the country’s most popular radio station as well as a multi-billion crown business empire, fought the bill tooth and nail.

“Any expert on constitutional law will tell you that this bill is in violation of the constitutional order. It is merely an instrument in political battle.”

Although President Zeman originally said he would sign the law into force, despite not being entirely happy with it, he unexpectedly used his right of veto on Monday on the grounds that the draft law is directed against one man and on several counts violates the constitutional order. He made it clear that should the lower house override his veto, he would file a complaint with the Constitutional Court.

Legal experts are divided on the matter, with some agreeing that the draft law could be challenged –in particular the part that would ban not only government members but all elected officials, including local councillors, from media ownership. Others say the law should be enforced later with a clear starting line for new government members who would aware of the strings attached to certain political posts.

Andrej Babiš, photo: Filip Jandourek While the fate of the bill –should it be placed under the scrutiny of the Constitutional Court remains uncertain – the president’s veto is widely seen as another sign of allegiance between him and ANO’s billionaire boss Andrej Babiš. The president has openly supported Mr. Babiš in the past, visiting his Storks nest farm at a time when it was investigated on suspicion of abusing EU funds and telling the lower house, only half in joke, during a debate on next year’s state budget that the finance minister’s performance merited a Nobel Prize for the Economy. In turn, Mr. Babis has made himself heard that he could imaging ANO supporting Miloš Zeman in the next presidential elections –should he chose to run for office for a second term.

Be as it may, the conflict of interest bill now faces fresh hurdles – a January vote in the lower house where its advocates will strive to override the president’s veto and possibly a second in the Constitutional Court should the president or Mr. Babiš himself take issue with it. 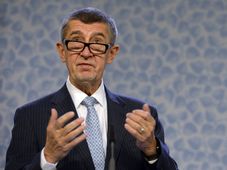