Czech President Miloš Zeman is just one of a number of foreign leaders who have gathered in Warsaw on Wednesday to mark the 25th anniversary of Poland’s first partially free elections, a milestone on the road to democracy in the then Eastern Bloc. But what did that historic vote mean for the opposition in Czechoslovakia at the time? That’s a question I put to journalist and former dissident Jan Macháček. 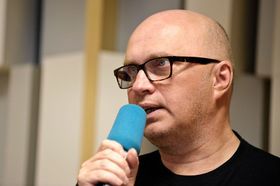 Jan Macháček, photo: Khalil Baalbaki “I would say that what was much more important for the dissent here was the overall impact of developments in Poland since the beginning of the ‘80s. Especially for the second generation of dissent, the second generation of the underground. In publishing for instance – it was always a great source of inspiration.

Were there any contacts between the Czech opposition and the opposition in Poland?

“But the contacts and links were traditional even before that. There were meetings between dissidents from the Czech Republic and Poland. They were usually under heavy conspiracy and in the mountains somewhere. These meetings were getting more frequent a few years before the collapse of communism. 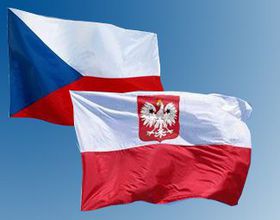 “Also there was very frequent smuggling of books, because since in Poland they already had partial freedoms at the end of the ‘80s, and especially after these free elections, books were frequently smuggled from Poland to Czechoslovakia.”

I’ve been reading that many Poles apparently believe that their partially free elections were just as significant as the fall of the Berlin Wall on the road to the end of communism. Is that a view you would accept?

“Well, I understand that’s what Poles say, and if I were a Pole I would probably say the same thing, because every country has its own big anniversary of 1989.

“We Czechs have November 17 and we think it was absolutely crucial and Poles have this date. Everyone would like his date to sort of be shared by others as the most significant date.

“But on the other hand the weak point is that they negotiated semi-free elections – they weren’t fully free but were something like controlled elections.

“Paradoxically, even though they were much more progressive and courageous in fighting the regime, they then lagged behind because other countries already had their first fully free elections in 1990 while in Poland they still had to respect the arrangements of the Round Table.” 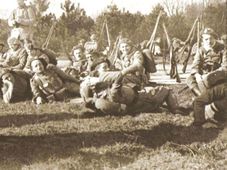 For nearly 20 years, the Multicultural Centre Prague has been involved in promoting human rights and respect for cultural diversity.… 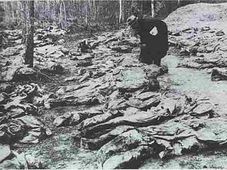 Story of Czech victims of Katyn massacre is pieced together

Thousands of Polish army officers, teachers and intellectuals were killed by the Soviet NKVD in the notorious Katyn massacre during…