All eyes are on the northern town of Liberec at the moment for the Nordic World Ski Championships, described as the biggest sports event the Czech Republic has ever held. But the championships are attracting scrutiny of a different kind – this week the Supreme Audit Office filed criminal charges last week for fraud, loan fraud, and breach of trust. 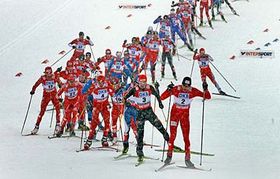 Photo: CTK The Liberec championships have been plagued by controversy virtually from the outset. First and foremost are the allegations of economic mismanagement, which in true Czech fashion were not filed against anyone in particular but simply against “an unknown perpetrator”. The Supreme Audit Office examined what happened to around one billion crowns in invoices, and claim the tenders were accompanied by a number of criminal offences.

The championships have also been controversial, however, over allegations they would damage the local environment – in particular a decision to import large amounts of snow from mountains hundreds of kilometres away. One minister described the event as “the Temelín of Czech sport”, a reference to its vast expense and alleged environmental unfriendliness. 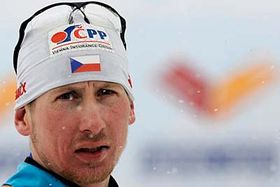 Lukáš Bauer, photo: CTK Prime Minister Mirek Topolánek clearly does not want to be held responsible for a project that he says was approved before he came to power, a dig at the previous Social Democrat administration. As Mr Topolánek told parliament this week, someone decided to hold a ski championship in Liberec, a town where there’s no snow, no ski resorts and no ski ramps, instead of the nearby towns of Harrachov or Bedřichov, which are higher up and already home to established ski resorts. He’s promised that all these mistakes will be clarified and explained.

Well piece of good news is that it is snowing – a lot – so Liberec and its environs were covered in a thick blanket of snow for the launch of the championships, indeed the town actually declared a “snow calamity”. However, that’s only highlighted the apparent folly of bringing in tonnes of snow by truck. That said, the championships do seem to be proceeding well – in fact the Czech cross country skier Lukáš Bauer has just won a silver medal in the 15 km event. But no amount of medals are going to take away the hint of scandal and mismanagement that hangs over the championships. 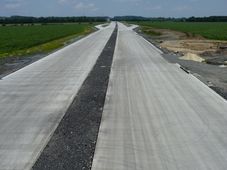 Prime Minister Andrej Babiš boasts that his government has achieved an unprecedented level of investment and motorway construction.… 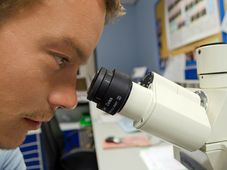 The Supreme Audit Office has criticized the Czech system of granting subsidies in the sphere of research, development and innovation…