Criminal offences down overall by 5 percent but rising in cyberspace, say police

Crime rates continue to sink in the Czech Republic, going down by 5 percent in 2018, and trust in the police is at a record high according to polls. Yet while property theft and murders are down, police warn that an increasing number of crimes are happening in cyberspace. 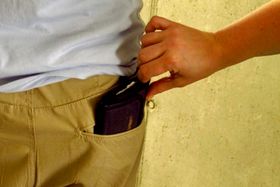 Illustrative photo: Kristýna Maková In recent years, the Czech Republic has regularly been ranked among the top ten safest countries in the world. Now, the country seems safer still.

“The decrease in 2018 compared to the previous year is just under 5 percent. The largest fall is noticeable in property-related crimes, particularly the minor ones.

“This corresponds with our conclusions regarding a long term trend. We believe the decrease is related to the current economic situation in the Czech Republic and that of its citizens.” 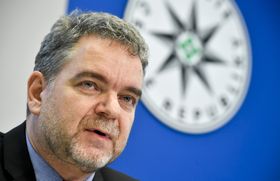 Jaroslav Vild, photo: ČTK/Vít Šimánek In total there were just over 190,000 reported cases of crime in the country in 2018. Aside from property crimes, which still make up half of the total number, murder and violent crime cases also decreased.

Mr. Vild said that he doesn’t believe crime rates are down due to low reporting. He highlighted the fact that nearly two thirds of the population currently trust their police officers.

“I am sure you have noticed that according to a study conducted by the CVVM public opinion research agency in 2018, trust in the country’s police is currently at around 66 percent. That is basically the highest level of trust for our police force since the Velvet Revolution.”

Prague remains the region with the highest number of crimes, with only a quarter of reported cases being solved.

Speaking to Czech Television, Mr Vild explained that low rate was often down to reports by tourists, who tend to leave the country before they can assist in the investigation.

“Prague is a big city, but when you look at Ostrava, which is also a big town with very specific crime tendencies, there the level of solved crimes is high.

Illustrative photo: Free-Photos / Pixabay, CC0 “The low rates in Prague are largely due to the fact that a lot of tourists visit the capital throughout the year and many of them report crimes, but then leave the country before they can take part in the investigation.”

However, police representatives say that increasing amounts of criminal activity are moving onto the internet, especially those connected with copyright infringement and child pornography.

Deputy Police President Vild says that educating policemen in combating cybercrime is one of the current priorities of the force.

New recruitment is seen as the most important challenge, as police currently are forced to look for candidates mainly from within their own ranks.