Plans to cut housing benefits for the socially disadvantaged are in the spotlight ahead of a special debate scheduled for the lower house on Thursday. The ANO government say the move will curb landlords exploiting the poverty of others – but members of the opposition warn that it could undermine the lives of hundreds of thousands of people. I discussed the issue with Kumar Vishwanathan, a community worker in North Moravia. 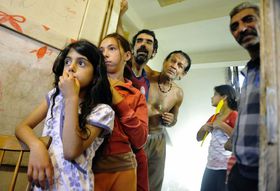 Illustrative photo: Filip Jandourek / Czech Radio The ANO government say that that these plans are aimed at reining in people who are “trading in poverty”. That’s a strange term – what does it mean?

“In this country we have had increasing homelessness of very vulnerable sections of the population, like the Roma.

“Municipalities sold off their housing stock and consequently many Roma and poor people were forced to live in hostels.

“Why hostels? Because to this day the government doesn’t have any plan of social housing.

“So the market immediately captured the opportunity and started renting, at very high prices, very substandard housing for poor people.

“That is called trading in poverty.”

Do you think these government plans will in fact restrain those who are trading in poverty and will benefit the victims, in a sense, of these people?

“It’s very clear that the prices in these hostels won’t come down, because we had this experiment a few years ago.

“Minister Drabek tried to reduce housing benefits, expecting that, with good faith, traders in poverty would bring down the rents. But they didn’t.

“Recently they reduced them again and once again the rents didn’t go down.

“Now what they are planning is to reduce it 60 or 50 percent of the average commercial rent in a locality.

“So they’re expecting once again that the owners will reduce rents but that wouldn’t happen because the traders in poverty wouldn’t sacrifice their profits. 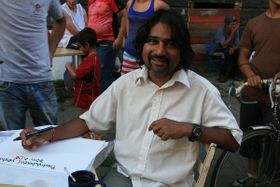 Kumar Vishwanathan, photo: Daniela Kantorova, CC BY 2.0 “This is really wishful thinking, because what will happen to these families?

“They’re from very vulnerable sections of the population, living in very difficult situations with children.

“If they have to meet 50 or 40 percent of their exorbitant rents through their benefits for living, for the bare minimum for survival, there will be widespread starvation and poverty of children in this country.”

Opposition parties are saying that if these government plans go ahead it could impact hundreds of thousands of households. Do you see that as a real threat?

“I really do. I’m just wondering how the government doesn’t see that.

“The people living in these hostels etc. won’t be able to pay the exorbitant rents.

“I would advise the government to take the initiative and present to the Parliament a law on social housing.

“That’s what we need today – not playing with housing benefits.” 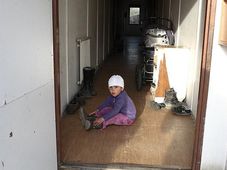 On Monday, the minister of labour and social affairs called for a wide-ranging interdepartmental effort to sort out the issue of rogue landlords… 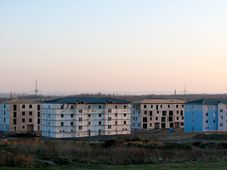 With property prices soaring, more and more Czechs are finding it hard to find affordable housing. Now the government has come out… 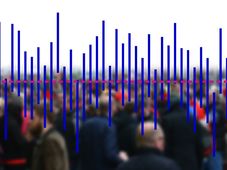 Countries form around the world signed up in 2015 to a United Nations plan for sustainable global develop. It was greeted as an unprecedented…