Last month Prague’s famous Semafor Theatre, which launched the careers of numerous Czech performers, celebrated its 50th birthday. Now a new compilation album featuring remakes of original songs by Semafor’s classic singing/song-writing duo of Jiří Suchý and the late Jiří Šlitr is set to be released. The CD features contemporary musicians popular on today’s music scene, including Tata Bojs, Jiří Burian, and the electronic trio MIDI LIDI. The latter worked on a re-make of 1965 hit “What I had for Dinner Today”.

Earlier, Jan Velinger spoke to MIDI LIDI’s Petr Marek and asked him how his band got involved in the new project:

“It was very accidental, the result of one festival. In the evening our band was playing there and we had a lot of fun with our version of the Šlitr/Suchý song ‘What I had for Dinner Today’. We changed the lyrics a bit for the promoter, singing ‘What I am going to do with some bands for my festival’. It was just silly fun. The next day at 8 am I was contacted by Pavel Klusák, the man behind the project, who asked me if we would participate. I said yes.”

What was involved in your version of the song for the new release?

“Basically, we work with computers, so it’s not difficult for us to work from home. In our case, we taped it at a cottage in northern Moravia and really had a lot of fun.”

How important was Semafor for you as a musician, and what do you think the music means for today’s younger audiences?

“For me it was essential Czech pop music from the 1960s to around the 1980s, if not now. When I was 10 I got involved in the theatre – I am also an actor -because of Suchý and Šlitr. Semafor is essential as part of the theatre experience. I don’t know what the music means for someone who is 13 today, but some of them are a national treasure - something like national ‘anthems’.”

The new compilation album, featuring 19 tracks by various artists, will be launched sometime in December and should go on sale after that. 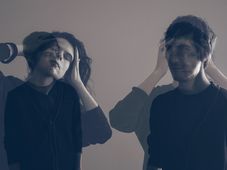 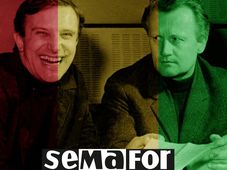