Beer is without a doubt one of the Czech Republic's best-known products. It attracts thousands to visit the country but Czech brews are also increasingly available abroad. While domestic consumption remains roughly the same, export figures are growing by the year. Last year the volume of exported Czech beer reached a record 3 million hectolitres. 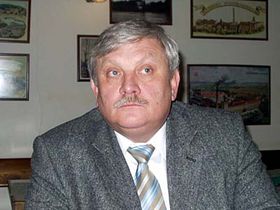 "Exports have been growing in recent years. Our annual indexes are 125 percent, year on year, so it's constantly increasing. I would not say that it's just because of large or well-known brands. In the Czech Republic now, with the exception of only three breweries, all breweries - that means over 50 - are exporting. So practically everyone is exporting. And - in relative figures - small breweries are most successful. Some of them export more than 50 percent of their output."

What are the traditional markets for Czech beer and has it entered any new ones recently?

"Beer is exported from the Czech Republic traditionally to about 50 countries. I would say we have a steady group of the biggest importers. According to volumes, it is Germany, Slovakia, the United Kingdom and the United States. They are steady - these positions don't change. And then, in the lower positions, it is changing. There are new, emerging 'black horses' as for instance, quite recently Hungary and Poland, where our exports have increased. It's because our entering the EU. In the old EU-15 there were no restrictions on our beer. We had no restrictions on their beer. But in other countries that entered the European Union with us, mainly Poland and Hungary, there were very restrictive import taxes and they had to stop that practice when they joined the EU in May 2004. This is why exports of our beer are increasing there that much."

Is the growing trend expected to continue in the coming years as well?

"Yes, in 2005 we reached that magic limit of 3 million hectolitres but for sure, exports will keep growing."