Several Czech films made their New York debuts at The Brooklyn Academy of Music recently. The New York cultural institution's annual Czech film series is now it its ninth year - and is the longest running series at the Academy. This year's roster of films included Bohdan Sláma’s ‘The Country Teacher,’ Vladimir Michálek's 'Of Parents and Children', and Jan Svěrák's 'Empties'. Kate Barrette has this report from New York where she spoke with Czech directors and actors, as well as the co-curator of the series Irena Kovářová: 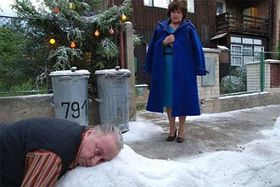 'Of Parents and Children' "The series is pretty much the same format as it has been in the past: It always has five to seven recent films. We bring filmmakers and actors to speak with the audience in Q&As to make it a little more special, and of course we want to show as many New York premieres as possible. We really want to show what's important in the Czech Republic, but also what's important on the festival circuit."

Ms. Kovářová attempts to bring as many new Czech films to the series as possible. She strives to see all of the feature films made in the Czech Republic each year, between 20 and 25, before making her final selection for New York.

"What is very interesting is actually we are presenting strong films by a very strong, middle-aged generation of filmmakers - the former 'Young Czech filmmakers'. That was the generation that brought back the attention of foreign festivals and foreign distributors. In the history of the series, is the fact that we have shown almost all of the films of these individuals. So, it's very interesting for the audience, if they have come here more than one or two years in a row, they can follow the careers of these directors." 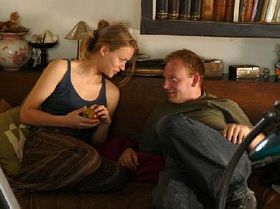 "I'm a psychologist, I'm not an actress. This was a coincidence. I work for a charity organization that supports children, and it just happens, that I'm in this movie."

Ms. Kroftova explained how she got involved in Mr. Michálek's project.

"The director of the movie saw a picture of me, of my eyes, and he wanted to find out who I was. People put us in touch, and I read the script, and I liked it and I said yes. So it was a big risk for him because he knew I wasn't an actress, but he said, 'ok let's risk it'. And that's it. No audition, nothing." 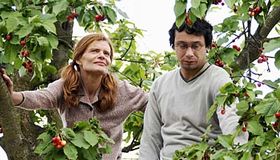 "I use a script, but each scene has a lot of details appended to it. We were in deep and ongoing discussions with the actors for six months before we shot anything, discussing each scene, and during the filming as well. It was always an open process. But it's normal because when you are looking for the truth in scenes - you really have to search for it."