The Church of the Most Sacred Heart of Our Lord is a dominant building in Prague's Vinohrady district. Designed by Slovene architect Josip Plecnik, it is one of the more modern churches in the city. It was consecrated on May 8 1932 and the Czech Catholic Church celebrated this 75th anniversary with a mass given by Cardinal Miloslav Vlk on Tuesday. Dita Asiedu takes a closer look at this historic Prague landmark: 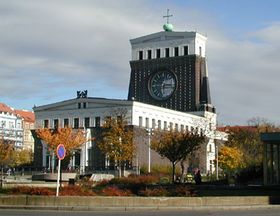 The church's interior is just as impressive. The bricks on the façade are mirrored in the interior's main rectangular hall, which is 26 metres wide, 38 metres long, and 14 metres high. Most of the sculptures, paintings, and colourfully decorated windows were put in place after the building was consecrated.

But architects agree that Plecnik's most spiritual work is in the underground part of the church, where there is a large chapel with a vault. Architect Pavla Melkova:

"The construction of the church - from the very first line that Plecnik drew until the founding stone was laid - took ten years. That's because there were many hurdles - financial, political, architectural, urban, and last but not least religious problems. Plecnik was a very conservative, uncompromising, and ascetic Catholic, who expected the same kind of asceticism from his co-religionists. But the situation in Bohemia was a little different and he had no understanding of the latent Czech Protestantism. But he did not give up and tried to reach the locals with his beliefs, and as we can see eventually succeeded." 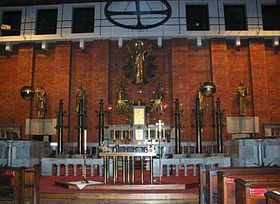 "In the 1970s, the Communist regime did a lot to try to reduce the church's significance, with the construction of the metro and so on. So, we want to clean up the area a bit, make the entrances to the metro less dominant, and add more green spaces that are necessary to highlight the church's presence."

Last year, the Ministry of Culture added the church to a list of buildings that it hopes will be put on the UNESCO list of world heritage sites sometime between this year and 2018. 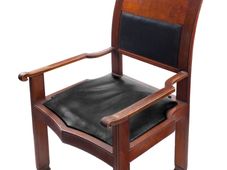 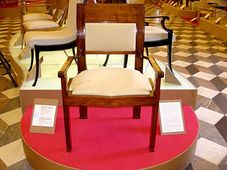