The Czech Medical Chamber says it’s drafted an apology to Jewish doctors struck off its books during the so-called Second Republic - the short period between the end of democratic Czechoslovakia and the beginning of Nazi occupation. Long before the Germans invaded, a number of Czech professional organisations started banning Jews from their ranks, motivated by a combination of Nazi propaganda and economic self-interest.

The brief interlude between democracy and dictatorship, from the Munich agreement of September 1938 to the Nazi invasion of March 1939, is a period few Czechs look back on with pride. What was left of Czechoslovakia after the annexation of the Sudetenland was ostensibly a sovereign democratic state, but one dominated by Czech officials determined not to raise the ire of Hitler’s Germany.

Just two weeks after the Munich agreement, the Czech Medical Chamber took the initiative to reduce the number of Jewish members to better reflect the percentage of Jews in Czechoslovak society. This was despite the fact that - as elsewhere in Europe – a disproportionately high number of doctors in Czechoslovakia were Jewish.

Tomáš Kraus, the secretary of the Federation of Czech Jewish Communities, says more often than not the organisations were motivated by sheer self-interest.

“This was an autonomous decision of those chambers, of course under the influence of Nazi propaganda, which played quite a big role, and it was manifested during the so-called Second Republic in many ways. You’re right, they were not forced to do it, but you always have to go into details on something like this. And if you do, you can see that in a way this was a perfect excuse to get rid of the competition. Because if you look at the members of the Czech Medical Chamber or the Bar Association, Jews were very highly represented. So this was a way for the non-Jewish members to get rid of the competition.”

The Czech Medical Chamber was just one of several professional organisations which chose to emulate their colleagues in Germany – bodies representing lawyers, engineers, notaries also took similar measures, although in some cases they were not fully applied until the Nazis arrived in 1939. But are such apologies meaningful 70 years after the event? Tomáš Kraus again. 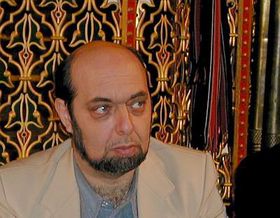 Tomáš Kraus “It’s never too late, and maybe we should even appreciate it more that it comes now, because what we hear from various European countries, the anti-Semitic moods that Europe experienced in the thirties more or less are coming back. Of course in a completely different shape, but if you come to the core, it’s more or less the same.”

The modern-day Czech Bar Association apologised last year for banning Jewish lawyers in 1938. The Czech Medical Chamber has already finalised the text of its apology, and is set to approve it at an official meeting later this week, before making the text public.