A plan put forth by the Italian government for rescue organisations operating in the Mediterranean to adhere to a code of conduct when rescuing migrants from Africa has been rejected by a number of NGOs, including the Swiss-based Doctors Without Borders (Medecins Sans Frontieres). I spoke with the head of its Czech division, Pavel Gruber, and began by asking him to explain the reasoning behind the decision: 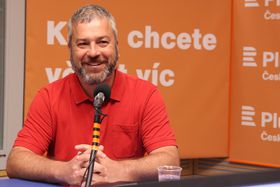 Pavel Gruber, photo: Jana Trpišovská “At Doctors Without Borders we already follow many of the clauses of the proposed code of conduct, like financial transparency and many other points. But there are two key objections. One is the clause that forbids the transfer of rescued people between boats. This is kind of a standard procedure in search and rescue operations. The only result of such a policy would be more people dying in the Mediterranean. Also the code was seeking the presence of armed Italian police. MSF has a global policy of no weapons in any of our hospitals. And we need to also apply this policy to our rescue boats. Otherwise it could have huge implications for our neutrality and impartiality.”

Italy’s interior minister Marco Minniti has suggested a rejection of this code could mean rescue ships are banned from Italian waters. Is MSF prepared to accept this?

“I need to stress that all our operations before and also now are undertaken in strict accordance with maritime law and also the SOLAS convention and under the coordination of the Italian maritime rescue centre in Rome. Having aboard rescued people it is difficult to imagine they would not be let into the ports. But we need to wait and see what the consequences are.” 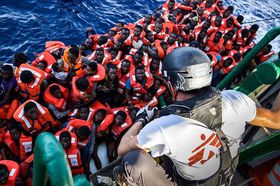 Photo: Borja Ruiz Rodriguez / MSF “Absolutely. We never have had, nor never will, any direct contacts with the smugglers.”

And indirectly? Is your presence not supporting people smuggling, because people know that they can jump off the boats and be rescued?

“It is almost certain that for people to get on the boats in the first place, whether there is a rescue ship or not doesn’t change the motivation. People in the hands of the smugglers often do not enter the dinghies voluntarily. They are in a real desperate situation and describe Libya as a real hell on earth. I sincerely believe that the people we are rescuing, whether there are rescue ships at sea or not doesn’t change anything.” 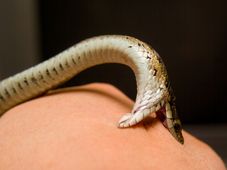 According to the World Health Organization, snakebites claim more lives each year than do all other “neglected tropical diseases” combined. This…