Amid recent heightened talk about the possibilities a Czech exit from the European Union or a referendum about it, a survey of five Central Europe countries has sought to gauge how positive local populations are towards the European concept. 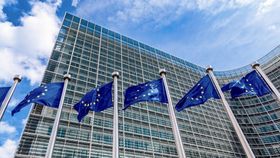 Photo: European Commission The main takeaway headline from the survey appears to be that most Czechs are still positive towards Europe. In fact, 54 percent of Czechs would like to stay in, 34 percent would like to leave, and 12 percent couldn’t say.

But those results from the survey carried out in November and December still show the Czech Republic with the weakest levels of EU support and highest levels of opposition. Support in Hungary was, for example, 84 percent; Slovenia 79 percent, and Slovakia 69 percent.

Christian Lassen is a research fellow at the Prague-based European think tank, Europeum, which worked on the Czech end of the survey. He summed up the results:

ʺThe Czech Republic is the most Eurosceptic country at least according to this survey and compared to the other surveyed countries, which were Slovenia, Slovakia, Hungary, and Austria. Something that stands out in the Czech findings is that just like in Brexit young people are generally pro-European but contrary to Brexit, the older generation, the 66 plus year old people, are also predominantly positive towards the EU. What we found instead is that the 36 to 50 year olds are predominantly anti-European or Eurosceptic at least, followed by the next age group, 51-65 years old.ʺ

But some of the other survey results chime well with the Brexit snapshot of EU support and opposition.

It’s not surprising that Czech scepticism or opposition to the European Union is strongest amongst the unemployed and self-employed. Those living in small towns as opposed to the capital, Prague, and bigger cities are also more critical. And those with basic or elementary education are also more likely to be opposed.

And a strong majority of Czechs believe they are being given an overly positive view of the EU at the moment although they also admit that local politicians also use it as a scapegoat. 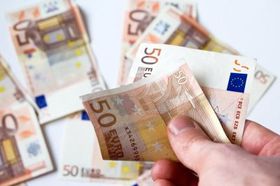 Photo: graur razvan ionut / FreeDigitalPhotos.net And while many Czechs agree with the assertion that EU membership helps business and the overall economy, that realisation does not appear to transfer into automatic EU support. Christian Lassen says the reasons for the disconnect could be that many could feel they are being short-changed from the benefits of the booming economy.

ʺWhen it comes to the economy, Czechs are quite positive but still less positive than the other surveyed countries. And of course that could have something to do with how the Czech economy is structured and how wealth has been distributed within the Czech Republic. The Czech Republic has for a very long time had one of the lowest minimum wages of the surveyed countries and within Europe in general. And it would definitely seem to indicate that people are aware of being left out of the economic benefits that the country is for all purposes reaping.ʺ

The survey results will be analysed and interpreted over the next months but they appear to suggest anti-EU populism is founded on strong sentiments.