Ages ago, Czech winemakers embraced St. Martin’s Day as a befitting festival to uncork the season’s first wine. The nation’s brewers only recently followed suit, seizing on St. Wenceslas Day to celebrate and showcase their tipples. That red letter day is now the peak of a week-long national celebration – the Days of Czech Beer. Photo: archive of Union of Breweries and Malt Houses Václav I – or “Good King Wenceslas” as he is known in the West – was only a duke when martyred by this brother, Boleslaw the Cruel, in the year 935. In death, though, he would be posthumously made a king by the Holy Roman Emperor, Otto I, and became the patron saint of Bohemia.

St. Wenceslas Day, the 28th of September, is a national holiday, celebrating Václav I’s legacy of helping unify Bohemia. But he is also considered the patron saint of beer. Bohemian hops were so valuable in his day, he decreed anyone caught exporting cuttings be put to death.

The Union of Breweries and Malt Houses established the Days of Czech Beer festival (Dny českého piva) in his honour seven years ago. Its members are having special tours of their breweries, tastings, and contests. Executive director Martina Ferencová told Radio Prague it’s a great opportunity for brewers to roll out new tipples:

“We certainly have a reason to celebrate – we make the best beer in the world. People enjoy the tastings, and all this week pubs will be offering St. Wenceslas specials.”

Budějovický Budvar – the original Budweiser and leading exporter – this year is featuring the unfiltered ‘Budvar 33’, so named for its degree of bitterness, thanks to extra Czech hops Agnus. Others, such as the Starý Kolín microbrewery, are offering limited batches of dark, flavoured, or especially strong beers, many named after St. Wenceslas.

But while there’s reason to celebrate, there is also some cause for concern. Ever since 2009, Czechs have been drinking more beer at home. While that is fine for sales, the festival aims in part to get people back in the pubs, a traditional focal point of Czech culture, says Ms Ferencová. 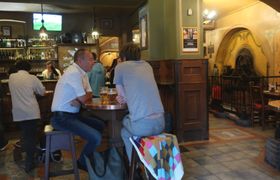 Illustrative photo: Lenka Žižková “For the beer industry, and pubs and restaurants in particular, it’s great news if people are drinking more draft beer instead of bottled beer and meeting more often in public places.”

Czechs are among the world’s leading beer drinkers, though wine and mixed drinks have made inroads since 1989. Exports are taking up the slack, with a record 5.16 million hectolitres of beer sold abroad last year, Ms Ferencová notes:

“The latest figures from July point to another solid year. We can see growth in exports, also in lagers – for which Czechs are world famous. Domestic sales of kegs, so tapped beer, are also up, but we won’t know just how successful the summer season was until the August data come out next week.”

Big Czech brewers have tried to counter the trend by introducing branded restaurants offering high-quality food along with a wider variety of beer on tap. But for microbrewers, festivals such as Days of Czech Beer are key to cracking the market. One can imagine more than a few prayers, and not just toasts to Saint Wenceslas, will be in the air this week.

For the full list of breweries taking part in the Days of Czech Beer festival, including a map of Prague locations serving St. Wenceslas-themed beers, see www.dnyceskehopiva.cz.
Many pubs and restaurants will be offering culinary beer menus, while breweries are giving special tours of areas normally closed to the public. 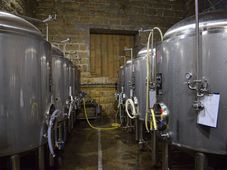 The demand for craft beer from mini-breweries has been growing the world over. The Czech Republic had just 40 min breweries a decade…