The government has unveiled plans to invite Iraqi experts Czech Republic for training, as part of the country's programme for the reconstruction and renewal of Iraq. It's hoped the experts will be able to help Czech firms win lucrative tenders in the country when they return to Iraq. 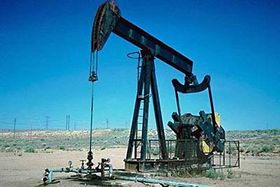 The plans were unveiled by Foreign Minister Cyril Svoboda on Wednesday. In January Mr Svoboda led a delegation of Czech businessmen to Baghdad, to lobby for Czech firms bidding for post-war development projects. Mr Svoboda said many of those firms now plan to invite Iraqi experts - especially from the oil and petrochemical industries - to the Czech Republic.

The Iraqis will be given induction courses in Czech businesses, to help them gain experience of the Czech business environment. The experts will then return to Iraq, where it's hoped their contacts and local knowledge will help the Czech firms win the many lucrative tenders currently up for grabs in the country.

Details of the project are still sketchy. It's not known how many Iraqi experts will be invited to the Czech Republic, nor when they'll begin arriving. The twelve firms which accompanied Minister Svoboda to Baghdad are all interested in the idea, and the Foreign Ministry is organising a seminar to attract more. The government says it will release some of the 520 million crowns earmarked for the renewal of Iraq to support the project.

Czech companies already enjoy close links with Iraq. Czech engineering firms built 60 percent of Iraq's petrochemical infrastructure in the 1980s. Many of the same companies will now be involved in rebuilding infrastructure that was shattered by a decade of sanctions and war.