A look back over the past centuries reveals the prominent role that women played in Czech history as rulers, politicians, artists, scientists, and athletes. The Czech Centres, the Faculty of Design and Art at the University of West Bohemia and Radio Prague International proudly present a new series celebrating women. 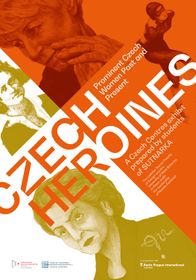 Source: Czech Centres / FDULS This year marks the centenary of the adoption of the Czechoslovak Constitution which guaranteed equal rights for men and women – including the right to vote. This was unquestionably thanks to the efforts of the first Czechoslovak president, Tomáš Garrigue Masaryk, who married a strong woman and openly referred to himself as a feminist.

Another important anniversary relates to an icon of Czech culture and society, writer Božena Němcová, who was born 200 years ago. Nor can we forget Marie Schmolková, the humanitarian activist who contributed substantially to protecting thousands of refugees from the Nazi regime, including the Jewish children later known as “Winton’s children”. And, of course, the lawyer, politician and exceptionally wise and brave woman, Milada Horáková, who fell victim to the judicial murders of the 1950s communist show trials.

And many, many others - women who were not and are not afraid to be strong in their positions, opinions, responsibilities, and service – despite the historical circumstances, social expectations or cultural conventions they faced. Some of them are much extoled and were celebrated even in their day, others have sadly faded into obscurity.

The Czech Heroines project offers portraits of fifty prominent Czech and Moravian women as seen through the eyes of young illustrators, students of the Ladislav Sutnar Faculty of Design and Art at the University of West Bohemia led by their mentor and teacher Renáta Fučíková. 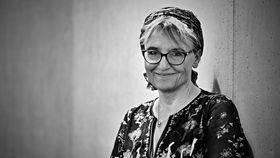 Renáta Fučíková, photo: Tomáš Vodňanský, Czech Radio “Nowadays, at the start of the 21st century, it goes without saying that women in the Czech Republic have the freedom to make decisions about their place in society, their education, property, or professions. We can hardly imagine the kind of effort that those who came before us had to exert in whatever they did. And we are right in calling them HEROINES” Renáta Fučíková says.

In this effort the Faculty of Design and Art joined forces with two talented women: the renowned author Kateřina Tučková and historian Lenka Křížová. The result of this collaboration is a book due to come out in the autumn and an exhibit that was to have travelled the world over via the Czech Centres.

Due to the coronavirus restrictions the exhibition has had to be postponed, and Radio Prague International is happy to be able to promote the project. In the next ten weeks we will bring you a gallery of 50 portraits of prominent Czech women past and present.