'Winter Flies', photo: Film Servis Festival Karlovy Vary “Olmo Omerzu is a filmmaker who is able to talk to not just Czech audiences but also to foreign ones, which is a quality we look for when putting together the main competition, especially the Czech representation.

“His new film called Winter Flies is a very in a way tender road movie. It’s about two boys who travel across the Czech Republic in a car and go through all kinds of different adventures.

“His first feature-length film is a radical and claustrophobic minimalist study about what can happen with a rather unusual couple in a very, very strange apartment.

“Visually and sound-wise it’s a stunning film which I just can’t wait to present to the Czech audience, because I think in a way they will be shocked.”

“There are two feature films in the East of the West competition. One of them is the second film by Tomáš Pavlíček, called Bear With Us [Chata na prodej]. 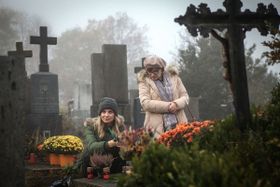 'Bear With Us', photo: Film Servis Festival Karlovy Vary “Chatařství, the weekend house phenomenon, is something very popular in the Czech Republic, but the way Tomáš describes and depicts the characters and the relationships among them is something that can translate very well.

“Moments [Chvilky] is a feature-length debut by Beata Parkanová. The same as with Bear With Us, it features sweet and acerbic humour, which is typical for our area. And, as many other films in the selection, it talks about the family.

“We have two documentaries in the documentary competition. Tomáš Bojar is coming back with his Breaking News [Mimořádná zpráva].

“This is a case of a conceptual documentary which is quite gripping, because it describes events in two groups of journalists who are preparing for an announcement from the Czech president, Miloš Zeman, as to whether he will be candidate for a second time.

“We are inside Czech Television and inside Hospodářské noviny and we learn about the mechanisms of how journalists work in such a heated moment as the vote for president. [The other Czech documentary in competition is Inside Mosul by Jana Andert].”

What’s this film you mentioned earlier about skateboarding, King Skate?

“That’s one of the films closest to my heart in the selection this year. It’s a documentary describing the rise of skateboarding in Czechoslovakia during so-called normalisation, in the late 1970s and early 1980s.

“It shows a fascinating community of young dudes and girls who succeeded in bringing a few skateboards from the US, also thanks to Petr Forman, one of the sons of Miloš Forman, who brought one from the States.

“We are with them most of the time through archival footage, which is amazing. And there is an outstanding soundtrack featuring the best punk rock bands from the entire world.

“That is all put together by the journalist and filmmaker Šimon Šafránek, who is a dear friend of the festival. 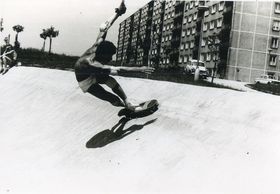 'King Skate', photo: Film Servis Festival Karlovy Vary “We are quite excited because the guys, the skateboarders I was describing, who were not even 20 when skateboarding came to Czechoslovakia and created this sort of island of freedom within the totalitarian state, will be in Karlovy Vary at the premiere.”

And they’re now all middle-aged men.

“Middle-aged men, but as you will be able to see in the movie, they’re still on skateboards.

“It’s a passion for life and I hope that passion will infect the audience as much as it infected us.” 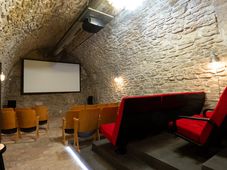 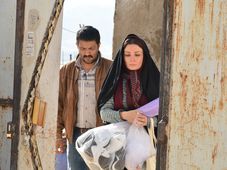