Historians are in a race against time to record the recollections of those who took part in resistance to the Communist regime in the early 1950s. They have had one advantage, a law encouraging many to come forward and reveal their previously untold stories. 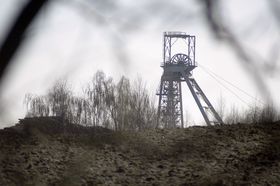 Uranium mine, photo: Daniel Burda Farm collectivisation and the sentencing of his father to four years for being a ʺrich villager" pushed Jaroslav Machovský into the camp of covert opposition to the still relatively young Communist regime.

Machovský as a 20-year –old in 1952 helped create a group which readied itself for resistance to the regime when an expected war with the West and uprising in Czechoslovakia took place. They had a small collection of weapons and hoped to take over the post office, paralyse the operations of the local secret police and raid their weapons reserves so that they could arm the many they expected to take part in the uprising.

But before the expected uprising could occur, the secret police were tipped off about the group a wave of arrests followed. Machovský was given the severest penalty – 24 years – some of which his spent in camps connected to Czechoslovakia’s notorious uranium mines – before he was released in a political thaw.

Machovský is one of dozens of witnesses of the so-called anti-Communist struggle of the late 1940s and early 1950s who historians are tracking down to record their recollections.

The historians have been helped by a law dating from 2011 which has encouraged many to come forward with their little know tales of resistance because it promises war veteran status and financial help in their old age.

Historians from the Authority for the Study of Totalitarian Regimes (ÚSTR) are among those benefitting. Jan Dvořák and colleague Jan Horník have so far recorded 200 interviews with witnesses. The target is to complete the work and make available the whole digital collection online within three years. 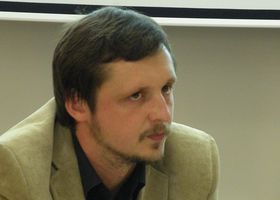 "It is a big problem, the number of those who are able and willing to give interviews is very small. Our project was conceived for several years but I suspect that within two or three years there will not be anyone left to record."

The historian says that the recollections have helped to piece together a better picture of resistance to the Communist regime in its early years, but he adds that it is still difficult to categorically say how much of a threat this represented to authorities.

"It is difficult to say whether this opposition was bigger or smaller [than previously perceived]. What is clear is that many people who participated did as a result of their own personal will and convictions and they believed that the Communist regime could be overthrown. There was quite a lot of such opposition activity at the start of the 1950s but in most cases the participants could not fulfil their plans. Often they were unrealisable and the attempts were betrayed from the start and members of the groups or organisations arrested."

Hopes that war with the West would erupt began to fade after the suppression of protests in East Germany, Poland, Hungary, Czechoslovakia during the early 50s and the resistance began to take on a new character. 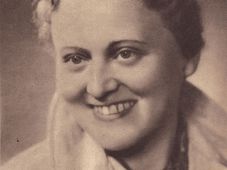