Czech ice hockey has experienced an unprecedented and somewhat strange turn of events this week, with the news that three clubs in the domestic league are to be docked points over a bureaucratic error: the failure to properly register new players before the season began. Critics say the affair makes a laughing stock of Czech hockey, but officials say that rules are rules. Photo: CTK Three of the 14 clubs in Czech hockey’s elite league the Extraliga are set to be docked points for fielding unregistered players, it emerged on Wednesday.

The situation came to light when Plzeň tried to send a goaltender out on loan, only to discover that he was actually still registered with his previous club. It later turned out that another of Plzeň’s players wasn’t officially on their books either. The same oversight was uncovered at Mladá Boleslav and Kladno.

If an Extraliga club fields an unregistered player in a game they automatically forfeit any points won. Under that regulation, Plzeň are set to lose 19 points, Mladá Boleslav 22 points and Kladno six.

That will leave the three clubs at the very bottom of the table, in the relegation playoff spots. 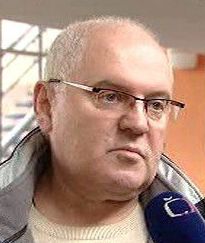 Stanislav Šulc, photo: www.ct24.cz The director of the league, Stanislav Šulc, says no final decision has actually been made yet, but insists that rules must be upheld.

“So far no points have been docked. That will follow when we complete the current phase, in which we are checking the validity of players’ registrations at clubs…I really don’t want to speculate right now about when that will be. But that said, according to the hockey rulebook, it’s a relatively clear-cut decision. No other punishment is possible.”

There have been suggestions that the rather complicated registration system should be overhauled, while the affair has received a lot of attention in the media, a good deal of it unflattering.

One newspaper headline on Thursday said Czech hockey had been turned upside down, while another read “Extrafarce”.

But the president of the Czech Ice Hockey Association Tomáš Král rejects the idea that the points deductions are overly harsh and will leave those who govern the sport with egg on their faces. Tomáš Král, photo: Tomáš Adamec, www.rozhlas.cz “If it takes away from anybody’s honour, it is those people who don’t fulfill their duties towards their employees and their clubs and don’t know how a player is registered. I completely reject the idea that it is a disgrace. The honour of Czech hockey would only be threatened if the rules weren’t adhered to.”

Plzeň and Mladá Boleslav are expected to challenge the punishments once they are officially handed down, possibly on Friday. Kladno, however, say they messed up and the sanctions are deserved.