The Czech Republic’s ice hockey players have scored a victory that will live long in the memory, taking gold at the World Championship on Sunday night after a thrilling final win over Russia. A Czech squad featuring several relatively unknown players defied the odds to take the trophy – sending fans around the Czech Republic into ecstasy.

In Sunday night’s epic game, the Czech Republic overcame a Russian side unbeaten in 27 outings to take World Championship gold for the first time since 2005. 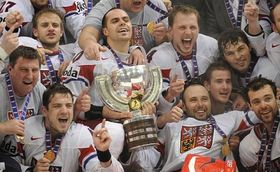 Photo: CTK The Czechs had seen two dozen NHL players refuse to join the squad and had struggled earlier in the tournament. But all that was forgotten within the first minute of the final in Cologne, as they went 1:0 up through a Jakub Klepiš strike. Captain Tomáš Rolinek scored another thanks to a fortunate deflection half-way through the second period, before goaltender Tomáš Vokoun somehow managed to fend off a Russian onslaught.

The Czechs’ old foes did eventually get one back, but by then there was only half a minute remaining and Vokoun and Co. held out for an historic victory that few, if any, would have predicted. 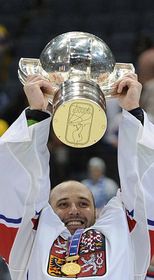 Tomáš Vokoun, photo: CTK Not one Czech player made the tournament’s All-Star team, perhaps testament to the fact the Czech Republic’s success was largely built on togetherness and a never-say-die spirit. Here is one of the heroes of the team, Tomáš Vokoun.

“We were huge underdogs. I knew it wasn’t going to be an easy game for any of us, and it wasn’t [laughs]. But hockey’s a team sport. If anything we were not the most talented but we were probably the best team in the locker room, we have so much fun. We caught our breaks, you always need them…I’ve been on teams where we were, talent wise, by far the best team at the World Championship and we got knocked out in the quarter-finals. It’s great. The guys played hard, and it’s well deserved.”

Forward Jakub Klepiš, who got the opening goal on Sunday, improved as the tournament went on in Germany.

“It doesn’t matter how I played. All that matters is how we played as a team and we played unbelievably, that’s why we won. We were battling hard, working hard all together and we got the result. Right now I’m the happiest man ever. The feelings are going to come…right now I haven’t really realised it yet, but later I’m going to realise we’re the greatest team in the world this year. It’s an unbelievable feeling.” 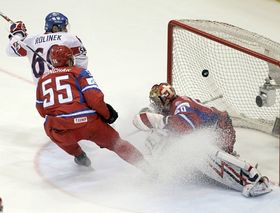 Czech Republic - Russia, photo: CTK That “unbelievable feeling” was shared by people around the Czech Republic on Sunday night. Shouts of joy were surely heard in every apartment building in the country, and many delirious fans took to the streets to celebrate an against-the-odds victory that will no doubt be remembered for a long time to come. 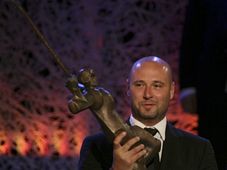 In Sports News this Monday: no surprises as goalie Tomáš Vokoun is named Czech ice hockey player of the year; the Czech Derby at Velká… 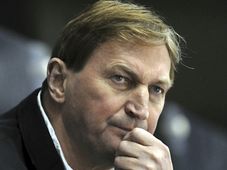 Hadamczik takes over as coach of national hockey team

The Czech hockey team is fresh from its gold medal win at the World Championship in Germany, but many in the country are wondering… 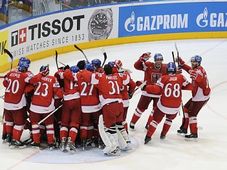 There were scenes of euphoria in Cologne on Thursday evening, as the Czech ice hockey team overcame Finland in a tense penalty shootout.…