Although talks on a possible US anti-missile defense system in the Czech Republic and Poland have barely begun the idea has already met with plenty of controversy. Russian President Vladimir Putin last week slammed the plan as an attempt to change the strategic balance in Europe, saying that Russia would come up with a "highly effective" response. Many Czechs consider it a threat to national security and some EU members have unofficially criticized the fact that the US missile base would be part of a bilateral defense agreement. Czech MEP Libor Roucek as well as a Polish and Dutch MEP have made the first official move to open up debate on the issue within the European Union. Last week they sent a letter to the EU Council - officially asking to be informed about its position on the matter. We called MEP Roucek to find out what this move is in aid of:

"What I would like to know, together with my colleague from Poland, is how the European Council views this cooperation, because we are convinced that even if we have this radar base in the Czech Republic and the anti-missile defense system in Poland it will not solve the defense needs of the entire European Union - it would not cover the territory of the EU and NATO. So that is why we are asking the European Council how they see this problem and also we would like to know what the council is intending to do. Whether the EU should talk about it with the United States or with NATO...in other words we would like to look for the solution together."

If the Czech Republic were to go ahead with this plan would it in any way be violating its EU commitments?

Do I sense a hint of criticism there? Do you feel that as an EU member state the Czech Republic should be looking to work on European defense matters, rather than striking a deal with an overseas partner? 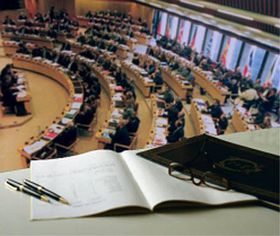 Have you in any way presented this view to the Czech government - what is the government's answer to your arguments?

"As far as I know there is no answer because it is a new, fresh idea. Up to now the Czech government has thought only in terms of national interests. What I would like to see is for the Czech government to look at this situation from a broader European or NATO perspective." 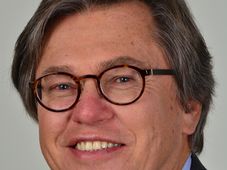 15 years after accession - what is the deal with Czech Euroscepticism?

15 years after three-quarters of the electorate voted to join the EU, the Czech Republic is commonly referred to as one of the union’s…