The Czech national sport may be hockey, but in recent years, Czechs are fast gaining a reputation in mushing, or dog sled racing. Czech musher Radek Havrda and his pack of 23 dogs have just won the toughest dog sled race in Europe, La Grande Odyssee, which takes place in the French Alps. 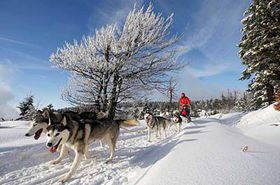 Illustrative photo: CTK La Grande Odyssee is considered to be the toughest dog sled race in Europe. In only ten days, mushers and their dogs cover 1000 kilometres in deep snow, 50 to 150 kilometres a day, in freezing weather and uneven terrain. Radek Havrda has won this race for the second time in his career, beating Norway’s Robert Sorlie, who is considered one of the best mushers in the world.

I spoke to Mr Havrda on the phone from his home in the Giant Mountains and him how difficult it is to prepare for a dog sled race here in the Czech Republic.

Illustrative photo: CTK “It is hard to train for such an event here in the Czech Republic. Of course my Norwegian colleagues have much better conditions; they have more snow and also vast, uninhabited plains. Here, the land is often in private hands. And if you want to train in deep snow, you have to go to the mountains, but there are too many people there. So I usually train at night, when the trails are empty.”

Radek Havrda only started racing around six years ago but quickly reached the top. Unlike his Norwegian rivals, he is not a professional. Dog sled racing is just a hobby for him, though he admits it takes up a lot of his free time and requires a lot of patience from his relatives. On the other hand, he says, he has the advantage of living at the foothill of the mountains, so his dogs are used to hilly terrain. And what are his immediate plans?

“When I was in France, I spoke to the organizers of a Norwegian race called Finnmarktslopet and when they saw how good I was, they invited me to take part as well. It’s a non-stop race, 400 kilometres long. So if everything goes according to plan, we will set off for Norway on Friday. Mushing is a national sport in Norway, so I will be up against tough competition, with around 80 dog sleds taking part in the race. We have never participated in a non-stop race, so that will be a whole new experience.” 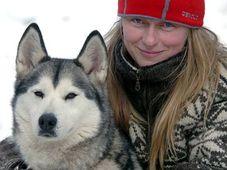