Both the Czech prime minister and president have stressed that membership of the European Union and NATO are not up for discussion. The comments follow the resurgence of concerns about so-called ‘Czexit’ as party negotiations about forming a stable government continue. 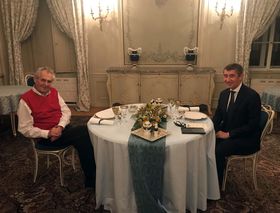 Miloš Zeman, Andrej Babiš, photo: CTK Concerns about the possibility of ‘Czexit’ have surfaced in the last weeks connected with policy negotiations between parties aimed at laying the foundations for a stable government almost four months after parliamentary elections last October. Some Japanese investors even warned they would quit the country if it happens.

Recent talks with the anti-EU and anti-immigrant Freedom and Direct Democracy Party (SPD) of Tomio Okamura have included the scope of national referenda which several parties would like to see playing a much bigger role in Czech political life in the future.

Okamura and his party would like the question of whether Czechs stay in the European Union put to the people. And even that fact has apparently created misunderstanding and nervousness among some foreign investors. And the communist party has a similar line.

ANO leader Andrej Babiš made clear after talks Thursday night with recently re-elected Czech president Miloš Zeman that EU and NATO membership would not be up for grabs in any future referenda whatever format they eventually take. Babiš later explained to public broadcaster Czech Television that while there are some areas of agreement with Okamura’s SPD, EU and NATO membership are not one of them.

ʺThere are of course some points of agreement covering programmes and that includes a law on referendum. But we deeply disagree and resolutely refuse the idea that there could be a referendum about membership of the European Union or NATO. That is absolutely ruled out. That train has already gone.ʺ

But EU tensions continue to exist between Prague and Brussels, mostly notably about quotas for immigrants. 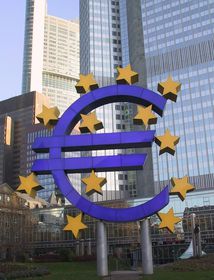 Photo: khardan, CC BY-SA 3.0 And other ones are appearing on the horizon, most notably over the long term shape of the European budget. Andrej Babiš raised that issue in Cabinet this week, in particular the problem that the Czech Republic is currently unable to pump some of the billions of euros earmarked for it by the European Union. Existing funding programmes have been framed poorly and the ANO leader complained it is difficult to win Brussels approval for the cash to be used elsewhere.

ʺWe want to have influence over the next European Union budget. We want to be able to decide about that money and not have someone dictate to us. We now have programmes for the poor in Prague which no-one claims. We have a 14 million for the Internet which no-one wants. Altogether we have 11 billion that we would like to shift to other purposes but we have to ask the European Commission about that. We would like more influence over this.ʺ

And there’s a longer term perspective that as the Czech Republic becomes wealthier and new EU members are taken on board, especially from the Balkan region, Czechs could for the first time become net contributors to the European Union as early 2024 or 2025, according to some estimates. That would likely strengthen the hand of those backing ‘Czexit.’