Czech PM at EU summit: consensus decision making should be applied wherever possible

One of the important issues discussed at the two-day EU summit in Brussels was proposed changes in the mechanism of EU decision-making, which would allow some EU members to push ahead with integration faster. For the Czech Republic, which is still outside the Eurozone, this could present a serious problem. 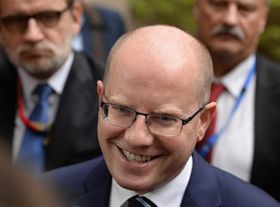 Bohuslav Sobotka, photo: CTK There is general consensus in the 27-member block on the need to improve decision-making which has at times proved frustratingly slow and inefficient, but finding the right solution is not proving easy.

The President of the European Council Donald Tusk, who drafted the proposed changes, said the need for unity must not serve as an excuse for stagnation, but neither should ambition lead to division. He said improved communication on sensitive issues was essential and ahead of important votes he would provide an overview of the points on which members agree and disagree in order to facilitate agreement. Tusk stressed that unity was essential on issues of crucial importance.

The Czech Republic welcomed his proposal that consensus-decision making should be implemented wherever possible, and EU members should always seek broad consensus before giving space to closer cooperation within a smaller group. Prime Minister Bohuslav Sobotka in particular welcomed the agreement that on some sensitive issues consensus decision making would be the rule.

“I particularly appreciate the proposal to seek consensus on the EUs asylum policy since this would give the Czech Republic and member states of the Visegrad Group the chance to say no to the compulsory redistribution of migrants.”

The prime minister said too many decisions by a select group of states would present a risk of EU fragmentation into interest groups pursuing their own ambitions and the EU hard core tailoring the rules to its own benefit.

Even now there are groups in the EU with different levels of integration and leaders such as French President Emanuel Macron have been pushing for a multi-speed Europe which would enable the countries in the Eurozone to integrate faster. The Czech Republic, on the other hand, is one of the countries with a cautious approach to the idea. 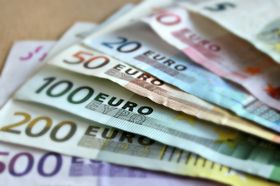 Photo: Pixabay, CC0 Public Domain The Czech Republic is not a Eurozone member and the outgoing government has not set a time frame for euro adoption. Unless it moves fast the country could be left in the slow lane with decisions made in the EU’s hard core which would inevitably have an impact on the export-dependent Czech economy. Risks do exist for the Czech Republic in this respect, Sobotka admitted, saying it would be up to the next government to decide whether the Czech Republic should not reconsider its stand and join the Eurozone as quickly as possible.