As Czech Prime Minister Andrej Babiš defended his government’s decision not to accept even a single migrant at the EU summit in Salzburg, trouble was brewing for him at home. A proposal for the Czech Republic to take in 50 Syrian orphans, has gained increasing support, and the prime minister is being showered with requests to break from his policy and make a humanitarian gesture. 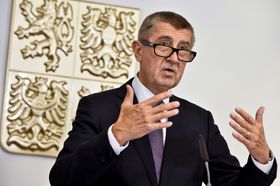 Andrej Babiš, photo: Vít Šimánek Andrej Babiš spent the past two days defending the Czech Republic’s and the Visegrad group’s zero tolerance to migrants policy in Salzburg, on the argument that migrants needed to be helped in their country of origin. He returned to Prague to face a barrage of criticism over his refusal to take in 50 unaccompanied child migrants currently living in an overcrowded refugee camp in Greece. Opposition parties called his refusal inhumane, selfish and short-sighted. Thirty-six senators from across the political spectrum –with the exception of Babiš’ own party –wrote him an open letter asking him to make this humanitarian gesture. Milan Štěch of the Social Democrats is chairman of the upper chamber.

“You never know what may happen to us and our loved ones, and such help in times of need is imperative.”

The senators said that children in need deserved a special approach and that the government should take in these most vulnerable victims of the refugee crisis.

The issue was debated in the lower house where it created a storm of controversy. Some MPs argued that regardless of its position on the migrant crisis –the Czech Republic should not turn its back on children in need and shirk its responsibility. Others accused MEP Michaela Šojdrová – who first floated the idea –of using it as a whip against Babiš ahead of the Senate and local elections which are just two weeks away. A proposal that the lower house should pass a resolution asking the government to act in this matter only won support from 31 deputies – out of 133 present.

Prime Minister Babiš said in an interview for Czech Radio he was disgusted that someone should drag children into a dirty election campaign.

“We want to help these children. But we need to help them in their home environment, where they grew up and where they belong. This is a smear campaign ahead of the elections. They are making me out to be a monster for refusing to help children. That is pathetic.” 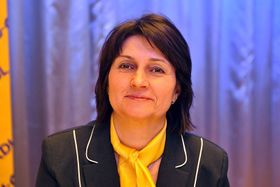 Michaela Šojdrová, photo: Filip Jandourek / Czech Radio Babiš said that he doubted any specific 50 children – be they orphans or unaccompanied minors – actually existed or that MEP Šojdrová had bothered to find out the bureaucratic procedures that taking them in would involve. He argued that helping to find their broader families and helping them in Syria would be better than relocating them to a culturally foreign environment.

The issue has also sparked controversy among the general public. The Češi pomáhají (Czechs Help) initiative said 50 Czech families had contacted them to say they would be willing to take in the Syrian orphans and demonstrations for and against the plan took place in different parts of Prague.

Whatever the outcome of this emotionally-charged case, the Czech prime minister knows that on the migrant issue he has strong public backing. According to a recent poll conducted by the CVVM agency more than two-thirds of Czechs still reject the idea of admitting migrants from the Middle East and North African states.