Czech Prime Minister Andrej Babiš joined world leaders from 49 countries at the Fifth World Holocaust Forum in Israel, commemorating the 75th anniversary of the liberation of the Auschwitz-Birkenau death camp. During the visit the prime minister held a series of bilateral negotiations and met with Czech Holocaust survivors. 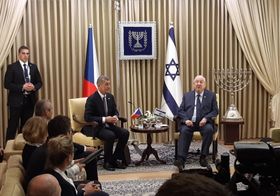 At a gala dinner ahead of the forum, Israeli President Reuven Rivlin hailed the strong international presence, which would give weight to the commitment made.

“At a time when more and more survivors are leaving us, this gathering is an expression of our shared commitment to pass on the historical lessons and the facts of the Shoah to the next generations. The future lies in the choice we make together as countries and nations. I hope and pray that from this room the message will go out to every country on Earth that the leaders of the world will stand united in the fight against racism, anti-Semitism and extremism.“

The Israeli president then called to end attempts of Holocaust-revisionism, in a clear reference to an ongoing row between Poland and Russia, which has led Polish President Andrzej Duda to absent himself from the event.

“Historical research should be left to historians. The role of political leaders, of all of us, is to shape the future. Leave history to the historians."

Speaking to journalists ahead of the forum, Czech Prime Minister Andrej Babiš stressed the importance of the international commitment made.

"At a time when we are witnessing a growing wave of anti-Semitism in Europe, and are seeing it on social networks in the Czech Republic, a united front against it is extremely important.” 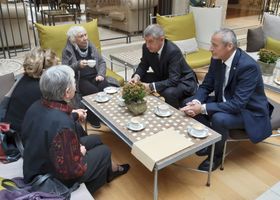 Mr. Babiš said he particularly valued cooperation in the field of cyber-security, saying cyber-attacks were a big weapon in the present day as many Czech institutions had experienced and the country needed to improve its defence capability in this field. It has been arranged that cyber security workshops will take place in the Czech Republic in cooperation with Israeli experts in the coming year and Czech experts would attend a cyber conference in Israel at the end of January.

During his two-day visit to Israel Mr. Babiš likewise visited the Czech House in Jerusalem and met with a group of Czech Holocaust survivors.