Czech Prime Minister Andrej Babiš on Monday sharply rejected the idea that the Czech Republic should pay some form of compensation for not accepting migrant quotas. In response to proposals floated by German Chancellor Angela Merkel at the weekend, Mr. Babiš said the Czech people and Czech firms themselves would decide who would live and work in this country. 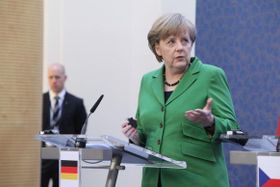 Angela Merkel, photo: archive of Czech Government With an EU summit on tackling the migrant crisis due later this month, German Chancellor Angela Merkel outlined her idea of a flexible solidarity system in which countries that refuse to take in refugees could compensate by making contributions in other areas. She also suggested that the European border police force Frontex should operate independently in guarding national borders.

Prime Minister Babiš, who has staunchly defended his country’s decision not to accept migrants, said he saw no reason why there should be “mandatory” compensation. He said the Czech people and Czech firms themselves would decide who would live and work in this country.

Babiš pointed out that the Czech Republic had in the past made a significant contribution to resolving the migrant crisis both in the countries of origin and in Europe and was ready to continue providing financial and expert aid, but that this should not be viewed as “sanctions” for not accepting quotas.

The Czech prime minister also voiced reservations to the idea that Frontex should operate independently in guarding the EU’s national and outer borders. He said that while he was not against common border controls, the EU should use the potential of member states first. The idea that Frontex can safeguard European borders on its own in simply not realistic, Babis told journalists. 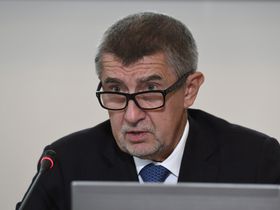 Andrej Babiš, photo: ČTK/Krumphanzl Michal From the start Prague has consistently defended the need to safeguard Europe’s borders and focus on resolving the crisis in the counties of origin. At the height of the crisis the Czech Republic cooperated with neigbouring Slovakia and Austria in jointly protecting the common border against migrants and sent police officers and soldiers to help protect borders in Macedonia, Serbia and Hungary. It has contributed twenty million crowns to the EU Emergency Trust Fund for Africa, has given medical aid to thousands of Syrian refugees in Jordan, provided aid to Libyan coast guards who are fighting gangs of people-smugglers off the country’s shores and is involved in a joint project with Italy in aid of the Ivory Coast, which should help migrants to return home.

The Czech prime minister, who accused his predecessors in government of failing to defend the Czech stand in Brussels, has made a big effort to find allies against the idea of quotas and sanctions being levelled on EU member states, which he said only undermined EU unity. Babis said the elections in Slovenia which were won by an anti-immigration opposition party and developments elsewhere in Europe indicated that the stance of the Visegrad group on migration was spreading and suggested that it was time for the EU to acknowledge its past mistakes in handling the migrant crisis, review its policy and channel its resources in a more effective way.