It has not been a good week for the Czech prime minister. Not only has a European Commission found Andrej Babiš to be in a conflict of interest, demanding the Czech state return the money paid to the Agrofert conglomerate he founded, but criminal proceedings have been restarted against him in a subsidy fraud case that has dragged on for years. Mr Babiš’s coalition partners are thus far standing by him, but another mass anti-government demonstration is being called for next week. 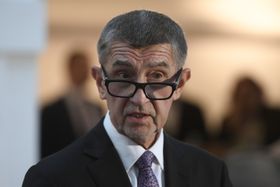 Andrej Babiš, photo: ČTK/Ondřej Deml It all started on Sunday afternoon, when the weekly magazine Respekt reported that the long-awaited European Commission audit had indeed found Andrej Babiš to be in a conflict of interest over EU subsidies paid to the Agrofert conglomerate he founded and placed in a trust fund two years ago.

Despite denials the following day from the regional development minister that the audit was not in fact the final version, the European Commission itself, via a spokesman, confirmed that it indeed it was.

Since then, other media have made public the whole 238-page document, and it has become clear that Brussels is demanding the Czech state pay back a huge sum in subsidies – some CZK 451 million in total, according to the daily Deník N, the first to publish the audit in full.

The Czech prime minister has been defending himself vigorously insisting that the country will not have to pay any money back, reiterating his stance to journalists on Thursday.

“The Czech Republic rejects this in principle, because the argument that it is a conflict of interest makes no sense.”

Mr Babiš’s comment came shortly after the subject had been scrutinised in the Chamber of Deputies. In it, Ivan Bartoš, chairman of the opposition Pirate Party, called on the government to demand that the beneficiary of the contested funding, Agrofert, pay back the money.

“The government should have a clear set of measures in place if these EU funds continue to be paid out, so that we do not act in breach of law." 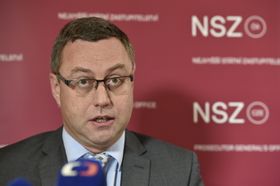 Pavel Zeman, photo: ČTK/Václav Šálek As if one crisis were not enough for the prime minister, criminal proceedings for alleged EU subsidy fraud were reopened against him in the case of the Stork’s Nest farm and hotel complex in central Bohemian, after having been reviewed by Supreme State Attorney Pavel Zeman on Wednesday.

“The case is back in pre-trial proceedings, in the investigation phase. The supervisory prosecutor will place the case back with the respective police organ for supplementation.”

Mr. Babiš said he welcomed the news because proceedings against his family members, including his son, had been dropped. Only he and a former Stork’s Nest Board of Directors vice chairman now face investigation.

There was speculation over whether President Miloš Zeman would use his powers to end the criminal investigation if reopened, as he had said he would do earlier this year.

But for that, the president needs a countersignature of either the prime minister or a member of government, and Mr. Babiš has said he does not want the president to do so.

Speaking to TV Barrandov on Thursday evening, President Zeman said he would not act to end the criminal proceedings.

“Why would I stop the renewed investigation at a time when the police are supposed to bring forward some more new information? I would just be interfering in the proceedings.”

The president stood by Mr Babiš saying that he should remain in office, adding that the only reason for the prime minister to go would be if his ANO party lost the next elections.

In this regard at least, Mr Babiš seems to be standing on steady ground. The latest voter preference poll conducted by the Median agency for Czech Television showed ANO far in the lead at 30.5 percent, more than twice the support either of the two largest trailing parties, the Pirates and Civic Democrats, could muster. 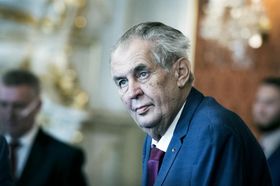 Miloš Zeman, photo: Michaela Danelová / Czech Radio The Median poll was conducted in the last week of November – before the subsequent storm Mr Babiš has tried to weather. It is not the first personal public crisis Mr Babiš has had to face, and his party’s voter support was never particularly impacted by them in the past.

Whatever the outcome, thousands of people are expected to again call for Mr Babiš to resign in the weeks to come in protests being organised by the group A Million Moments for Democracy, which has rallied several hundred thousand for earlier demonstrations.

Interest has been so high that Million Moments organisers have already been compelled to move the protest Prague venue from Charles Square to the larger Wenceslas Square.