The Czech police force has announced a revolution in its communication with the public. Following the example of police forces abroad, the Czech police force is going on social networks, setting up accounts on Facebook, Twitter and YouTube where it will post information regarding security measures, traffic and recruitment videos. 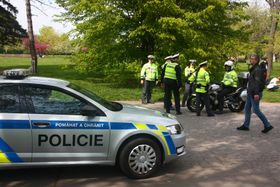 Illustrative photo: Štěpánka Budková Earlier this month the police posted a video on YouTube advising people how to behave in the event of a terrorist attack. Although officers lecture on the subject of security in schools and spread the message via the media the police force has had little direct communication with the public on a broad scale. After a slow start –the police force launched its Facebook page in December of last year, tentatively posting a handful of announcements – Police President Tomáš Tuhý said the force was now ready to take the plunge – going on Facebook, Twitter and YouTube to improve communication with the public on a daily basis.

YouTube will be used for instruction videos such as that recently released in connection with the growing threat of terrorism as well as recruitment videos to attract more young people to the force. Facebook and Twitter will serve to spread information regarding security, the traffic situation and warnings to the public or calls for potential eye-witnesses of crimes to come forward. 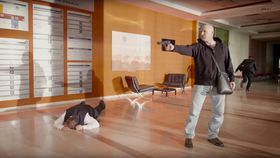 Screenshot from the video on Czech police YouTube channel advising people how to behave in the event of a terrorist attack, photo: Czech police Nevertheless, the police presidium is confident that the project will take off and benefit both the force and the public. At a time of heightened security threats broad, direct communication with the public is becoming essential. Moreover the police force has lacked a platform where it could present its work to the public and the recruitment of 4,000 new officers which the force needs is going slower than expected. And last, but not least, it has taken the Czech police force years to erase the stigma of the communist years when a police officer was viewed with fear and distrust. The moto “help and protect” which appeared on police cars some years ago was part of a broader effort to win public trust. Now the police is hoping to bring down the last barriers by getting closer to public via social networks.