Politicians across the Czech political scene have been expressing their solidarity with the United Kingdom in the wake of Wednesday’s terrorist incident in London. The attack, in which a driver ploughed into pedestrians along Westminster Bridge, and then stabbed a police officer outside the Houses of Parliament, has so far caused four confirmed deaths, with dozens more injured. 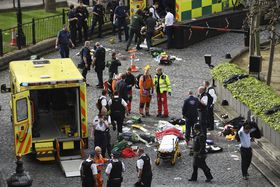 Photo: CTK In an increasingly common trend, Czech politicians took to social media – most often Twitter – to express their immediate reaction to the terrorist attack which occurred on Wednesday at around 2:30 p.m. local time in London. Prime Minister Bohuslav Sobotka pointed out that the London attack had occurred on a “sad anniversary”, namely one year after suicide bombers declaring allegiance to so-called Islamic State killed 32 people in attacks across Brussels. The Czech prime minister expressed solidarity with Great Britain and, echoing similar stands by European leaders, added “we will not be intimidated by terrorists”.

Speaking to Czech Television as events unfolded, Interior Minister Milan Chovanec confirmed that the country’s security services were coordinating with their counterparts in London: 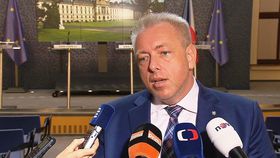 Milan Chovanec, photo: Czech Television “We are in touch with our international partners. So far, nothing suggests any connection to the Czech Republic. Right now the information is still flowing in, and we will evaluate the information as we get it. If required, we will then inform the Prime Minister about the need to convene the Security Council in order to assess the need to change the current security threat level across the Czech Republic. But right now, nothing indicates this will be necessary.”

Foreign Minister Lubomír Zaorálek also issued a statement offering his condolences on Twitter. The incident occurred during his visit to Washington, D.C. to attend a meeting of the Global Coalition to Defeat ISIL, in which ministers from this coalition discussed the ongoing fight against the terrorist organization. Only an hour before the London attacks, Zaorálek tweeted about recent advances made against ISIL in Mosul, Iraq, noting: “Military defeat will not end the battle against ISIL. The threat of its foreign fighters remains. And that means an increased risk of terrorist attacks.” 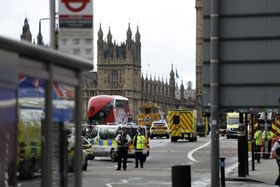 Photo: CTK The foreign ministry has also published an advisory to Czech visitors in London to avoid a number of locations associated with the attacks – including Parliament Square, Whitehall, Westminster Bridge, and the area around Victoria – while police conduct a forensic investigation.

Members of the opposition also reacted to the attacks. Communist Party leader Vojtěch Filip declared that “evil” had once again struck, adding that the incident underscored the security threat faced by Europe, and that finding a solution to the problem of terrorism “cannot be put off any more.”

Civic Democrat chair Petr Fiala also took to Twitter condemning what he described as a “cowardly” attack. In a separate tweet he lambasted the government for rejecting a proposed increase in military spending.

Meanwhile, Prague Castle stated that President Miloš Zeman was also following events in London and awaiting clarification of what exactly has transpired. 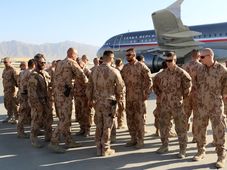