Czech politicians, including President Miloš Zeman, have condemned the draft Russian legislation stating that Soviet troops took part in the 1968 invasion of Czechoslovakia to supress an attempted coup. The Senate’s Committee for Foreign Affair said the draft was an attempt to rewrite history. 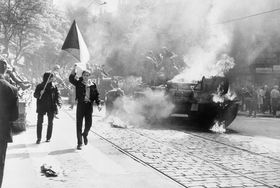 In reaction to the move, the Czech Ministry of Foreign Affairs has issued a statement saying that the proposed Russian legislation is in stark contrast to international law and a treaty between Prague and Moscow signed in 1993. Robert Řehák is the ministry’s spokesman:

“We assume that the Russian side considers this contract to be valid and will avoid any actions that would challenge its content.”

According to Foreign Minister Tomáš Petříček, the occupation of Czechoslovakia by the Soviet Union and other states of the Warsaw pact in August 1968 was a serious breach of international law and happened against the will of the country’s political representatives and the vast majority of its inhabitants. 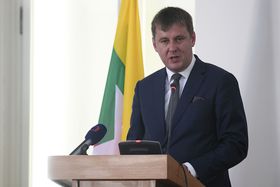 Tomáš Petříček, photo: ČTK/Ondřej Deml “I discussed further steps by the Czech Foreign Ministry with the President’s Office on Monday. Our ambassador in Moscow is due to meet with Russia’s foreign minister to discuss the matter.”

President Zeman said through his spokesman that he considered the Russian proposal totally unacceptable. He has already summoned Russian Ambassador Alexander Zmeyevskiy to Prague Castle on June 13 for an explanation.

Meanwhile, the Senate’s Committee for Foreign Affairs called on the Upper House to officially condemn Russia’s attempt to regard Czechoslovak occupants as war veterans. Senator Pavel Fischer is the committee’s chairman:

“It was, after all, Russian President Vladimir Putin who during his state visit to Prague admitted his country’s responsibility for the occupation of Czechoslovakia in 1968.

“Back then, he spoke about moral, not legal, responsibility. This is why we regard this recent, shameless proposal as a very dangerous act.”

The Russian legislation doesn’t concern only the Czech Republic, but also Slovakia. Speaking ahead of his planned trip to Moscow, Slovak Prime Minister Petr Pellegrini said the matter would definitely be on his agenda. 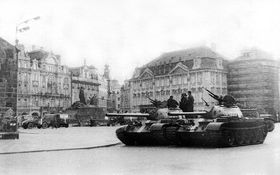 1968 invasion of Czechoslovakia, photo: ALDOR46, CC BY-SA 3.0 There has been no public statement so far from the Russian Foreign Ministry or the Russian Parliament concerning the Czech reaction to the Russian legislation.

The latest incident is not the first attempt to misinterpret the events of 1968. In 2015, the Russian public broadcaster aired a documentary which claimed that the 1968 invasion of Czechoslovakia was to protect the country against a planned attack by NATO troops.

The Russian ambassador then distanced himself from the film, stating that the documentary did not express the official position of the Kremlin.