Prime Minister Andrej Babiš has set out for South Asia this week. Together with Industry Minister Marta Nováková and a delegation numbering dozens of Czech business representatives, the PM is visiting important economic hubs in the region. Expanding science, research, education and defence cooperation is also on the agenda. 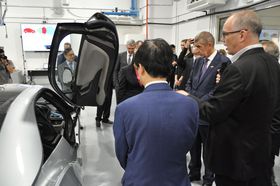 Andrej Babiš in Singapore, photo: ČTK/Radek Jozífek Over 85 percent of Czech exports go to European countries, the vast majority of them EU member states. To help diversify the destinations where Czech products are sold, as well as explore new opportunities, Andrej Babiš has been visiting new potential markets since becoming prime minister in 2018.

This week, Singapore, Thailand and India are in his sights. Mr. Babiš met with the leaders of Singapore on Monday and announced at a specially held business forum on Tuesday that the Czech Republic plans to reopen its embassy in the country. Now he and his delegation are in Thailand, where he has also been negotiating the sale of Czech made military aircraft.

Both Singapore and Thailand are members of the Association of Southeast Asian Nations (ASEAN). Jan Lembas, who heads the CzechTrade mission in Bangkok, explains the association’s importance in terms of trade relations.

“I think that, first of all, if you want to be a global company then you need to cover Indochina. If you look at the Czech exports to ASEAN (Association of Southeast Asian Nations) as a whole, they are slightly larger than Czech exports to India. Although India has at least twice as many people. 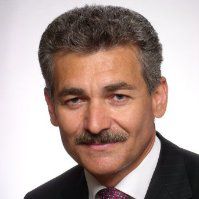 Jan Lembas, photo: archive of Jan Lembas “If you look at Czech exports to China and break it into exports per capita, then export to Indochina would be maybe similar to our exports to China. Also, ASEAN is the region with the fastest growing economies.”

Mr. Babiš has said that it is important the Czech Republic has a clear export strategy for Asia and Africa. In his eyes, both continents hold great potential for Czech businesses.

Regional trade hubs such as Singapore are important, because they offer Czech companies partners they can then use to export into surrounding countries as well.

One of the members of the trade delegation is Petr Novosad, from the Harachov based glass manufacturer and brewery Novosad and Son, the oldest still-working glassworks in Bohemia. He is hoping to find partners among distributors and the hospitality industry.

“Our aim is to find new partners, who would use our glass products. We manufacture luxury drinking glasses. Signapore is the most important for us now. However, I also have a contact in Bangkok.“

But it is not only business ties that Mr. Babiš wants to strengthen. Czech universities and government institutions have been signing agreements with their couterparts in Singapore and Thailand relating to scientific collaboration.

The prime minister’s final destination will be India, the world’s fastest growing economy. The Czech delegation is set to visit the Vibrant Gujarat investors' summit, which will feature the top brass of India’s political and business representatives. 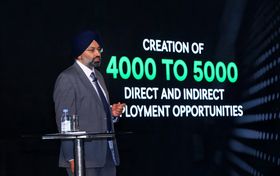 Photo: archive of Škoda Auto Currently the automobile sector is responsible for most Czech exports to India. However, the head of the local CzechTrade mission, Ivan Kameník, who is also developing a local business incubator for Czech companies, says India’s market is so massive that even starting entrepreneurs with a well-priced quality product can achieve great success. In the next five years, he hopes that Czech high-tech industry will break through as well.

“I imagine that our nanotechnology and biotechnology will be here. That our students will travel here. I believe that it is not just going to be our car industry, but that Indians will mainly seek us out in regards to automation and implementing modern technologies.”